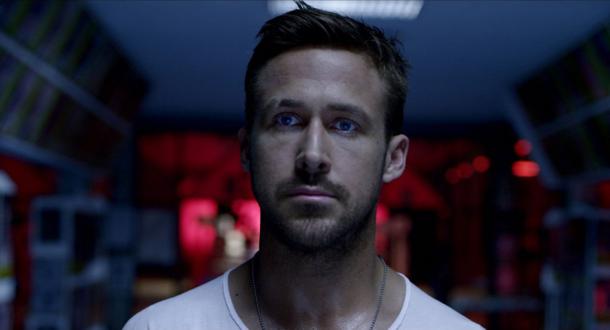 For sheer cinematic brilliance and artistic style, Nicolas Winding Refyn’s Bangkok-set revenge tale really set the night on fire at Cannes and was far and away my favourite film of the festival, dividing critics and polarising opinion.  Some derided it for its cold brutality and lack of emotion but Heli was equally violent, gratuitously so, and won an award.

In Only God Forgives there is plenty of controlled emotion, seething under the surface of Winding Refyn’s glittering jewel-box of tricks; from brooding resentment, latent anger, moody scorn to dysfunctional lust wrapped up in a pervasive sense of dread, all heightened by a dynamite score. The performances are stylised, mannered and supremely elegant: Ryan Gosling, who runs a Thai boxing club, very much serves the film rather than stars in it, wearing a sharp suit and the expression of a frightened rabbit as the submissively loyal son of Kristen Scott Thomas’s vampish mother and drug baroness, Crystal.  She’s a woman at the top of her game, her two sons are trophies she toys with dispassionately.

We first see her arriving in Bangkok to demand retribution for murder of her ‘first son’ Billy (Tom Burke) on the grounds of his raping and killing a local teenager. She opines: “I’m sure he had his reasons”.  In short, she is very much her own woman.  It’s a superbly entertaining performance and one which should have won her Best Actress in the festival. Sporting a long blond wig and killer heals, she is every bit as sexy, poised and alluring as any actress half her age.

Against advice, she hires a hit man to take out Chang (Pansringarm), the local police chief responsible for the killing of her son Billy. But the plan backfires and Chang turns the tables on Crystal and her agent (Gordon Brown) who is tortured and killed in possibly one of the most inventive and exquisitely painful deaths in cinema history, juxtaposed against a glimmering back-drop of a laquered night club interior.  Glamorous hostesses look on motionless and expressionless in compliance with their oriental culture of self control.

Only God Forgives glides gracefully along, each frame an expertly composed, perfectly balanced and glittering masterpiece. Punctuated by brusque episodes of savage violence, it epitomises a world of clandestine doings and shady characters suggested but not fully fleshed-out adding an exotic mystique to the piece rather than detracting from it, leaving room for the imagination to wander, to speculate and to dream.  It’s a world where evil meets evil and no one is up to any good.

Nicolas Winding Refyn’s points out “We must not forget that the second enemy of creativity, after having ‘good taste’ is being safe”.  This is not a safe film, it’s a daring, exciting and malevolent. Go see. MT