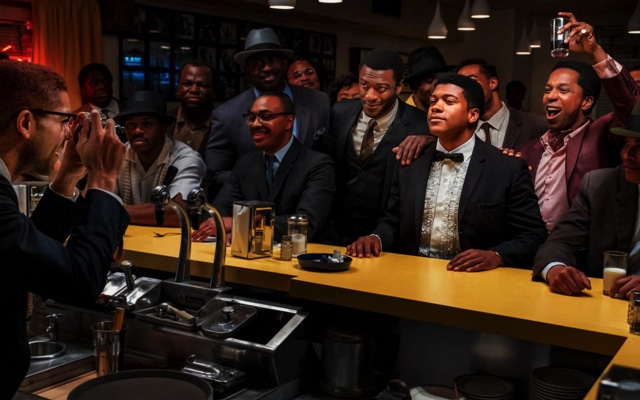 Four major forces of the black community come together in Regina King’s discursive and smouldering imagined drama that occasionally sparks into life.

It’s February 25th, 1964 and Malcolm X, Cassius Clay, Jim Brown, and Sam Cooke find themselves together in a motel room for a night of lively debate in the wake of the civil rights movement, Clay having just emerged from the Miami Beach Convention Centre as the new Heavyweight Boxing Champion of the World.

King sets just the right tone working from a script by Kemp Powers that immediately transports us back to the era with a dynamic opening sequence that leads into some compelling exchanges with these charismatic characters convincingly captured, Ben-Adir is particularly impressive as Malcolm X.  But the film rapidly runs out of steam as the discourse drags on into a rather claustrophobic chamber piece, occasionally glinting with the odd contretemps – a case in point is Malcolm X’s criticism of Sam Cooke’s musical style. King rescues the final stretch ending on an upbeat note to give this worthwhile outing a positive outcome. One Night will be remembered for its commanding and nuanced performances that will remain a cinematic tribute to the cultural icons of the day. MT