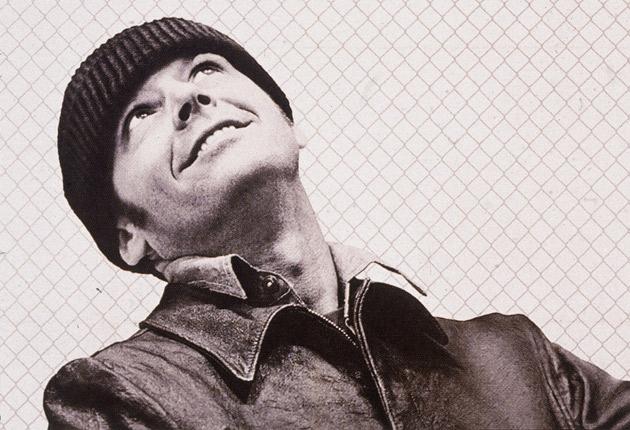 Randle Patrick McMurphy is a catalyst for change. Arriving at the Salem State Sanatorium (Oregon) he brings a spark of life to twelve random inmates. Surfacing as the ringleader of this group of lost souls he is a free spirit, a force for good – while also being a convicted rapist. In Milos Forman’s film version of Ken Kesey’s 1962 novel, Jack Nicholson, armed with his Oscar for Chinatown, gives a joyfully subversive performance in the leading role. A quick-witted, sly-eyed anti-hero whose life before never really amounted to much, is transformed into a saviour who brings light to the befuddled darkness of the loony bin.

But is Randle really mad, or just faking it to avoid serving his time in jail? This whole question is one that has been debated again and again and recently in Jon Ronson’s book The Psychopath Test, where the central character explores the spectrum of mental health by checking himself into a home where he purports to be unhinging and ends up being a victim of the system. And this is partly what happens to Randle. When we first meet him, he has been transferred from prison to the state institution, on the grounds of diminished responsibility. Here he undergoes psychiatric observation while making a spectacular rise to glory and then a tragic fall. In some ways Randle is a Christ-like figure, bringing redemption and salvation to his disciples at the expense of his own life on Earth. He battles a system that attempts to rob the patients of their souls by dumbing them down with medication and reducing them to simpering idiots. The bête noire of the story is Nurse Ratched (Louise Fletcher in an Oscar winning turn as a cruel and cold-eyed control freak who imposes her will on her patients, only being sympathetic when operating from the moral high ground.

Randle kicks against the system, represented by Ratched, determined to get his own way and corralling his co-inmates (some of whom are socially dysfunctional or lonely elective patients) by championing their human rights. These are people who have lost their way in life circumstance or upbringing, none of them is nefarious or ill-intentioned making this tragedy of the institutionalised even more poignant. With Randle they go to the match and even a spot of deep sea fishing, but it all eventually ends in tears.

Lawrence Hauben and Bo Goldman’s script leads to a schematic and anticlimactic ending when Randle suddenly loses his impetus after a night’s drinking and revelling with the boys (including Scatman Crothers’ sympathetic nightwatchman), making a mockery of all that has gone before. Fletcher’s Nurse Ratched is an intriguing and almost underwritten character whose backstory can only be imagined.

Although this scathing satire of the American mental health system fails to be as moving as it could have been, the performance are worth their weight in gold. Jack Nicholson’s jubilant  Randle with his subtle expressions and facial dynamics, will pave the way for his villainous turn as Jack Torrance in The Shining (1980). The tremendous support cast headed by William Redfield (who spouts blithering nonsense); Danny De Vito (as an engaging simpleton); Will Sampson (a strong and silent Native Indian) and finally Brad Dourif (as a young man with a mother complex). MT