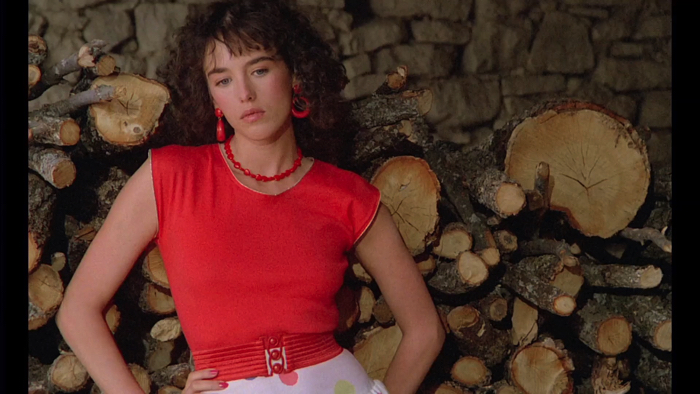 Isabelle Adjani plays a sensual pert-bottomed coquette in Jean Becker’s flirty revenge thriller based on Sébastien Japrisot’s script from his novel of the same name. In true petulant form, Adjani originally rejected the part but after reconsidering she came back to play Elle, kicking Becker’s second choice Valerie Kaprisky into the long grass.

It doesn’t take much to get French men going, so when Elle prances into a small French village in the Vaucluse the locals are predictably hot to trot. But the tone soon shifts when it turns out the lusty long-legged temptress is more interested in getting her own back rather than conquering hearts in this increasingly unsettling and complex drama.

The action unfurls through the eyes of the various characters as elements of trickery, lies and exploitation all come into play in this vivid yet surprisingly subtle film “du look”. Japrisot’s bold characterisations reveal multi-layered personalities in a sinuously gripping storyline where nothing is black and white amusingly played by a cast led by the seductive Adjani in luminous form. MT