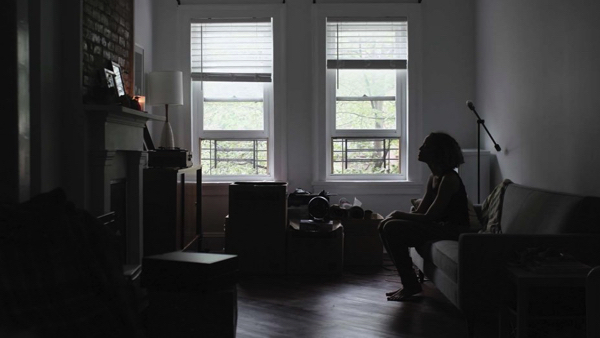 More #MeToo stories, this time from Kirby Dick and Amy Ziering whose controversial new documentary puts the spotlight on women who have come out to denounce hip-hop mogul Russell Simmons. The focus here is Drew Dixon.

This is the filmmakers’ third foray into #MeToo territory and Drew Dixon takes centre along with  two other victims – out of twenty – who have filed sexual assault and rape charges against record producer and hip-hop mogul Russell Simmons. The incident became a news story before the film premiered at this year’s Sundance Festival. Oprah Winfrey, one of the executive producers, withdrew from the project she had fostered for a long time, thus destroying any chances of it being acquired by Apple+. The reasons are very opaque: there were threats from Russell, film critic and Ava DuVernay allegedly told Winfrey, that the documentary did not accurately flesh out the hip-hop world of the setting. Finally, Winfrey decided “there were inconsistencies in Dixon’s story that gave me pause” and the feature had been rushed to appear at Sundance. What ever the true reasons for Winfrey’s jumping ship, HBOmax won the screening rights for what turns out to be a worthy companion to Leaving Neverland, Surviving R. Kelly and Untouchable.

Drew Dixon (*1971) is the daughter of former Washington DC mayor Sharon Pratt and went to Stanford University. Becoming a record producer for Def Jam, a label led by mogul Russell Simmons, was her dream job. She overlooked the fact that Simmons would often come into her office, showing his member. In a milieu where the culture of celebrity “bad-ass” men was celebrated, Simmons’ behaviour did not seem to be totally out of place. Dixon became an A&R executive, responsible for the soundtrack of the 1995 documentary “The Show”, helping to build the careers of Method Man among others, whom she later paired with Mary J. Bilge. It all came crashing down for Dixon, when Simmons invited her to his apartment after a party. He appeared naked with a condom and asked her in a very harsh voice “to stop fighting”. Later, the writer Sil Lai Abrams would report a similar incidence with Simmons. After leaving Def Jam, Dixon worked for Clive Davis at Arista, but CEO L.A. Reid started to harass her. Out of spite, to destroy her career, he passed on signing a new talent, a certain Kanye West. Dixon left the industry all together, and it took her until 2017 to pen an article in the New York Times, to make the public listen to her story.

There are two issues which make the case of the three black women appearing on the documentary (Dixon, Abrams and Jenny Lumet) complex: until now, any public critique of the black community, by fellow blacks, is seen by the majority as treachery – helping the enemy, ie. the white majority. Secondly, black women still feel excluded from the #MeToo movement. Dixon claims she felt enormous pressure to denounce somebody of the standing of Russell Simmons. It took her twenty years – being alone with her trauma – to overcome the barriers.

As for Simmons, he decided not to appear in the documentary but send a written statement, issuing countless denials of he false accusations: “I have lived an honourable life as an open book for decades, devoid of any kind of violence against anybody”. In 2018 he nevertheless emigrated to Bali, Indonesia, a country which has no extradition arrangement with the USA. Reid too repudiated all allegations. He left his position as CEO of Sony Epic, and raised 75 $ Million to form a new company. Drew Dixon has recently gone back to the drawing board with a new career in the music business, working from her flat. AS