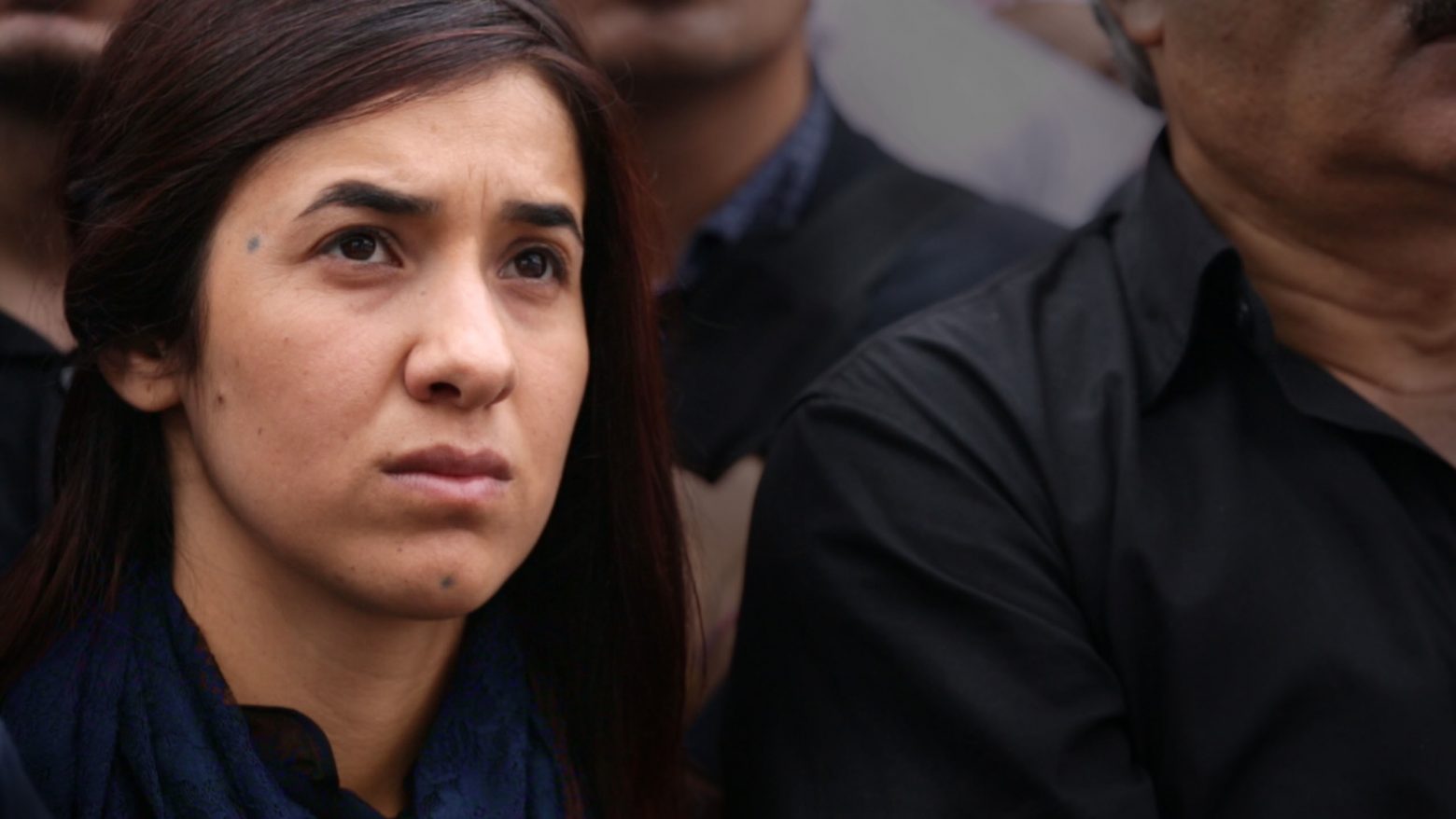 Alexandria Bombach (Frame by Frame) has experienced human trafficking at first hand. This informs her devastating documentary about Yazidi human rights activist Nadia Murad, and her quest to bring justice to her compatriot victims of ISIS genocide. This crime against humanity is still waiting to be addressed by the international community. But Bombach started her project long before Murad was awarded the Nobel Price for Peace in 2018 – jointly with Denis Mukwege. Currently around 400 000 Yazidis, are living in the diaspora all over the world.

Nadia Murad, born 1993 in the village of Kocho, Sinjar province in northern Iraq, was a student when ISIS declared all Yazidi (members of a monotheistic religion) “a shame to Islam” and started a genocide in 2014. Over 5000 people were killed, 7000 women and children were imprisoned as sex slaves. Nadia Murad’s village was attacked on 15th September 2014, ISIS killing her mother and six brothers the same day. Nadia was taken with her two sisters to the city of Mosul, were she was raped, beaten and burned with cigarettes. She escaped, and was smuggled out of the country by neighbours. In Germany, 200 000 Yazidis are living in exile. Here, Nadia was offered psychotherapy for the trauma she had suffered. “But after one session I knew that this therapy would not help me, as long as many of us were still in captivity and nobody was prosecuting the ISIS members who are responsible”. Thus she became an activist, travelling the world for support. In 2015 she was made an Ambassador of the UN, Nadia was the first person to brief the assembly on Human Trafficking. She visited parliaments, among others the Lower House in Ottawa, and attended a rally in Berlin to mark the second anniversary of the genocide. She has tried to improve their dreadful conditions in camps in Italy and Turkey. In 2016 she re-visited the UN Assembly again, together with the human Rights lawyer Amal Clooney, to lodge a formal lawsuit against the ISIS commanders responsible for the atrocities.

Bombach’s greatest achievement is that she always concentrates on Nadia Murad as a real person – rather than an activist. It hurts to watch her suffering all over again in order to get attention for the survivors and justice for the dead and living. For over twenty years she lived in a peaceful village, where she dreamt of opening a beauty salon “so that girls could enhance their personality”. Then came the shock of enslavement, and now the stress of being on the international scene to fight for her fellow Yazidis. It begs the question, what is left of the real Nadia Murad? This indomitable young woman is still working to help her people despite ISIS assassination threats. Putting on a brave face, she tells her fellow Yazidis not to cry. But, Bombach catches the moments when Nadia breaks down – but only in private. A portrait of hope in the darkness of genocide. AS