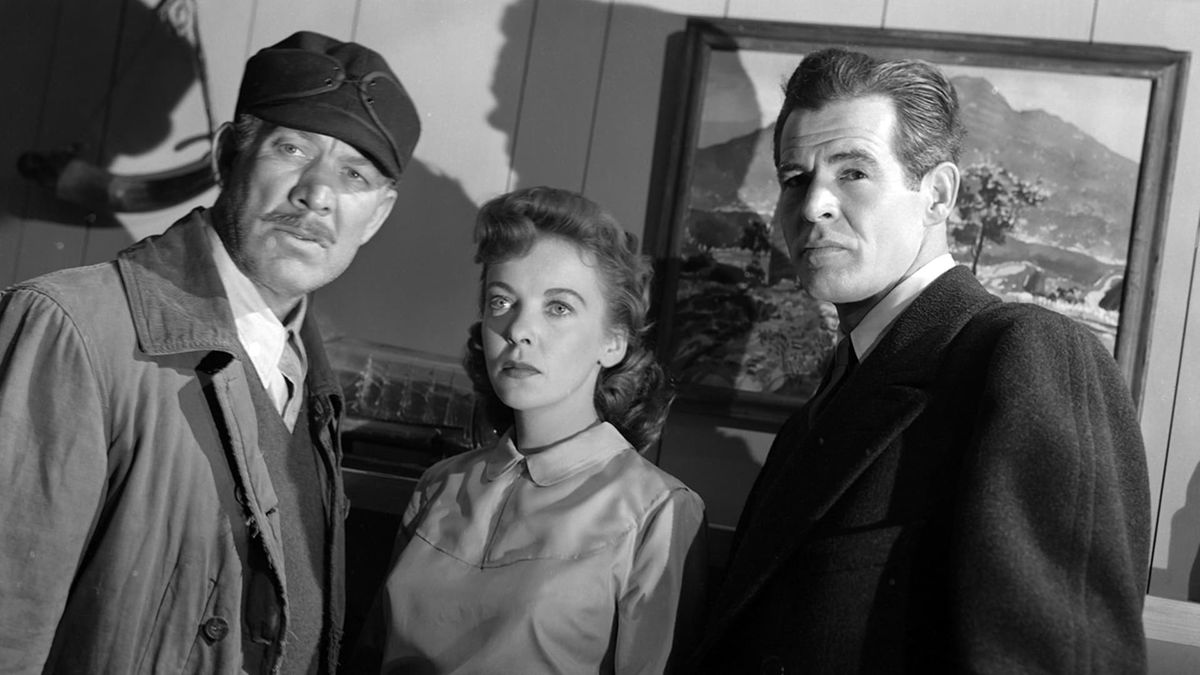 Robert Ryan commences in full psycho mode in this further step up in the ascending career of Nicholas Ray. Filmed under the title Mad with Much Heart, it begins as a very noir noir before relocating to Colorado to become a snowswept rural drama, the two halves held together by George Diskant’s photography and by a superlative score by Bernard Herrmann (his personal favourite) which anticipates his later work for North by Northwest.

The presence in the early scenes on the mean streets of Charles Kemper, already dead eighteen months when it finally hit screens in February 1952, shows that like many other RKO productions of the time it spent months on the shelf at RKO while the studio’s new owner Howard Hughes dithered over when finally to release it. @RichardChatten