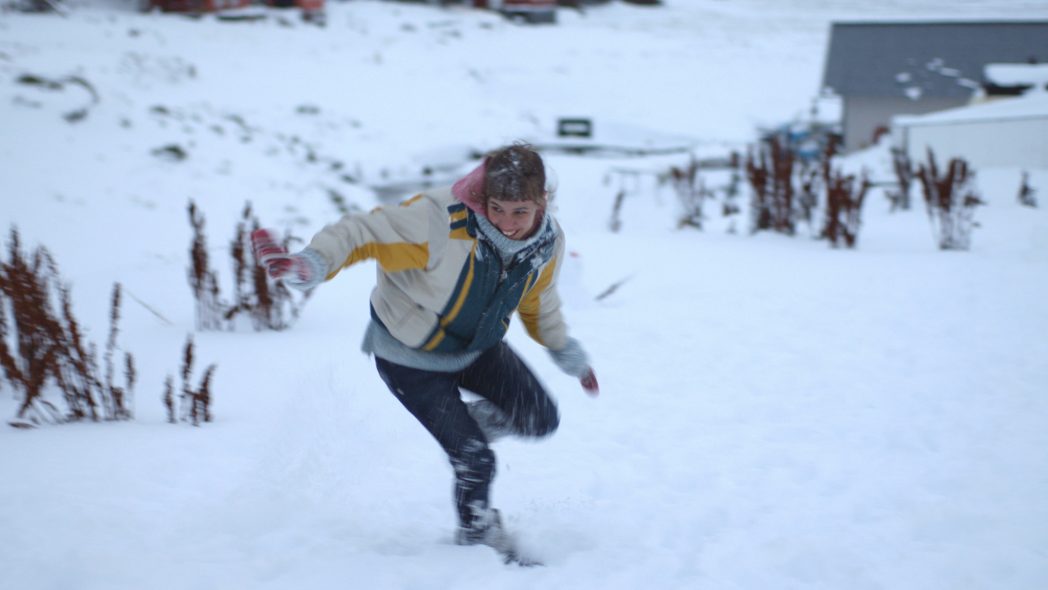 Sebastian Schjaer has set his beguiling, enigmatic debut high in the mountains of Argentine’s Tierra del Fuego. Like a puzzle, the pieces fall slowly into place, before a surprise ending questions everything we have seen before in this slim but affecting drama.

We first meet Paula (Brito) on a bus in Buenos Aires. She is heading south to the mountain region to work in a hotel during the holiday season and as a part-time tour guide to raise money to fund a better life with her boyfriend Diego (Sigal) – the two have a five-year old daughter, Malena (Hernandez-Diaz) who is being looked after by Laura’s aunt (Lopez Mayano), while she saves up for a visa to Canada to visit Diego’s parents. One dark morning Paula meets a photographer, Manuel, and begins to rethink her sketchily laid out plans. But when the hotel management cheats her out of her wages, Paula starts seeing Manuel (Rodriguez) who is so smitten that he agrees pays her for sex. On top of it, he arranges for Paula to be employed as a photographer.

Paula seems to be running away from something: we often see her in transit, buses and cars – and again and again, running. She seems afraid of any emotional contact, apart from her relationship with her daughter, whom she adores. But Paula treats both the men in her life with utter detachment. Her self-esteem is brittle, and she quails away from making decisions. Viewing her life from the outside in, she seems to exude a strength which men find appealing. They flock to her, asking for her commitment, which she is not (yet) ready to give. Every step she takes is an intermediate one, the goal perhaps even unknown to her.

Schjaer directs with great sensibility, and Ines Ducacastella’s (mostly) handheld camerawork  vibrantly catches Paula in perpetual motion. What emerges in the end is a portrait of a woman who is on the way to self-definition under her own terms. AS