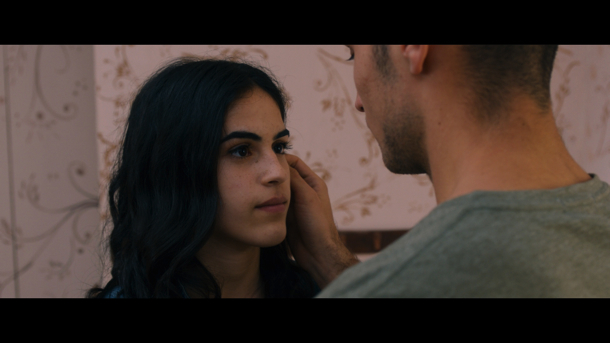 Hany Abu-Assad’s vibrant portraits of the conflict in his country make a worthwhile contribution to Arabic history, first with Paradise Now (2005) and most recently OMAR, an intense Middle Eastern twist on ‘Othello’, that carries a powerful sting in its tale forcing us to reflect on the endless violence and retaliation in the occupied territories. Abu-Assad’s not judgmental approach maintains distance but with his cinematographer Ehab Assal  he manages to convey powerful emotion.

Adam Bakri gives a standout turn as the rebellious Omar of the title, a decent young baker in love with Nadia (Leem Lubany). But in order to marry her, he needs to gain the respect of her brother Tarek (Ehab Hourani), a senior militant, and this involves accompanying him on a mission to kill an Israeli soldier, along with mutual friend Amjad (Samer Bisharat).  But Omar is captured and tortured by the Israelis, who attempt to force him into collaboration. Omar has other ideas.

Both films have won him Academy Award nominations with OMAR.