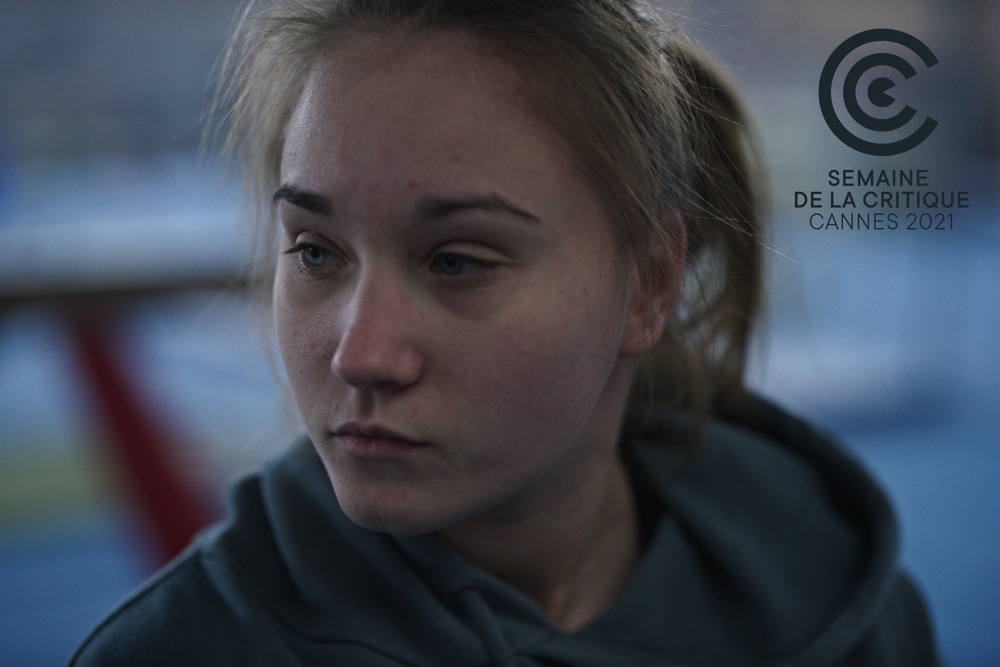 It’s 2013 and a 15-year-old gymnast is torn between Switzerland – where she is training for the European Championship in preparation for the Olympics – and Ukraine, where her widowed mother is a controversial anti-government journalist, reporting on the Euromaiden revolt.

As much a sports film as a character drama Grappe and his co-writer Raphaelle Desplechin (sister of Arnaud) keep dialogue lowkey leaving the film’s strong visual aesthetic to drive the story forward, Lucie Baudinaud’s widescreen camerawork making the locations – particularly of the built environment – a star of the show, adding a strong docudrama feel to the feature along with the ample news footage of the ongoing riots that enforce in Olga a strong sense of national pride, despite her new Suisse nationality.

The female centric narrative portrays the tough physical and emotional challenges women face in their careers. It all gets off to a stunning start when Olga and her mother’s car is hit by an unidentified object on the way to dinner one night, spinning out of control in the centre of Kiev. This sets the tone for a feisty confrontation over their respective work priorities. Olga also has a fraught relationship with her French trainer who works her hard, but draws firm boundaries – the training rapport is similar to that in the recent Slalom

When she’s not training tough cookie Olga (a strong-featured Anastasia Budiashkina) must study and speak French with her fellow elite gymnasts and it’s during these online sessions that she sees her mother caught up in the violence back home, pictured in new clips. Although she channels her negative emotions into her training routines the stress clearly has a destabilising affect on the resilient teenager but often erupts into violence in the changing rooms amongst the other girls. A fiercely feminist film that packs a punch with its intense storyline and appealing visual aesthetic. MT