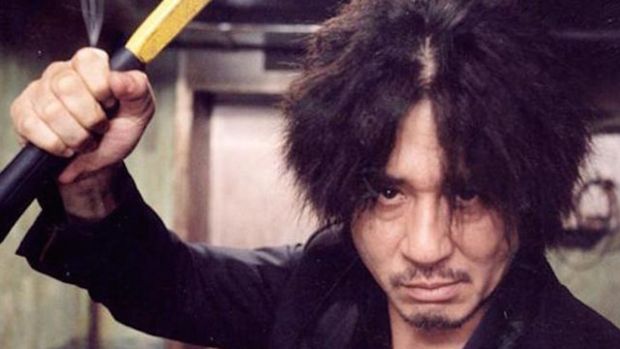 Park Chan-Wook’s dazzlingly stylish revenge thriller was almost as successful as Bong Joon-Ho’s Oscar-winning Parasite on the festival circuit, winning multiple awards back in the year of its making but being pipped to the post by Michael Moore’s Fahrenheit 11 at Cannes 2004. And although the original raised the profile of Korean film, Spike Lee’s US remake ten years later has melted into obscurity despite having a brilliant Josh Brolin in the main role.

Based on the graphic novel by the Japanese Manga writer Garon Tsuchiya (illustrated by Nobuaki Minegishi), Choi Min-sik plays Oh Dae-su, a middle-aged man who finds himself under lock and key for no apparent reason. After fifteen years he is mysteriously released from his confinement fuelled with a fearsome lust for revenge that catapults him down a narrow corridor, in one take, to get even with whoever imprisoned him. But there’s worse to come including a meal of live octopus in this ludicrously violent feature. MT