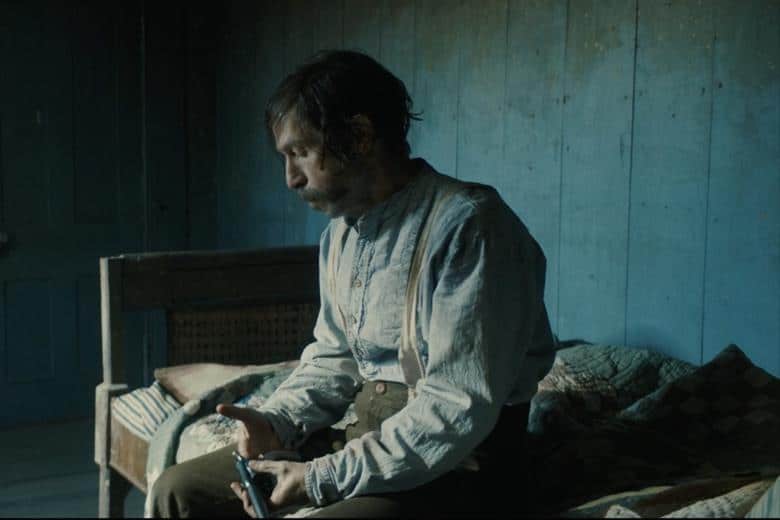 There are nods to Peckinpah in this spare but rather lacklustre western that eventually catches fire in a coruscating showdown after a series of posturing gun-slinging episodes.

Writer-director Potsy Ponciroli shoots the wild west of the early 20th century as a merciless desiccated wilderness where Stephen Dorff’s Ketchum leads a posse of villains posing as law-keepers. In a grassy ditch in deepest Oklahoma cadaverous farmer Henry (Tim Blake Nelson) finds a satchel of dollars near a listless body transporting both to his homestead determined, for some unknown reason, to nurse the stranger back to health.

Living with his sweet-natured teenage son Wyatt (Gavin Lewis) the taciturn Henry is still mourning the loss of his wife to tuberculosis a decade earlier — but her ghost is the only female to grace the cast of this macho fuelled narrative. Hot on the trail of the injured man Ketchum claims to be a sherif from another county. Henry senses something suspicious and strengthens his resolve to protect the injured man (Scott Haze), but his own identity is soon called into question, providing the reveal which comes as an anticlimax so late in a mystery that never gets under the skin.

Made up of gritty action sequences and terse standoffs this is a western in the traditional style from video and TV director Ponciroli. Old Henry is decent but pedestrian fare reliably carried by Dorff and a ghoulishly taciturn Blake Wilson who holds out stoically until the final frame.