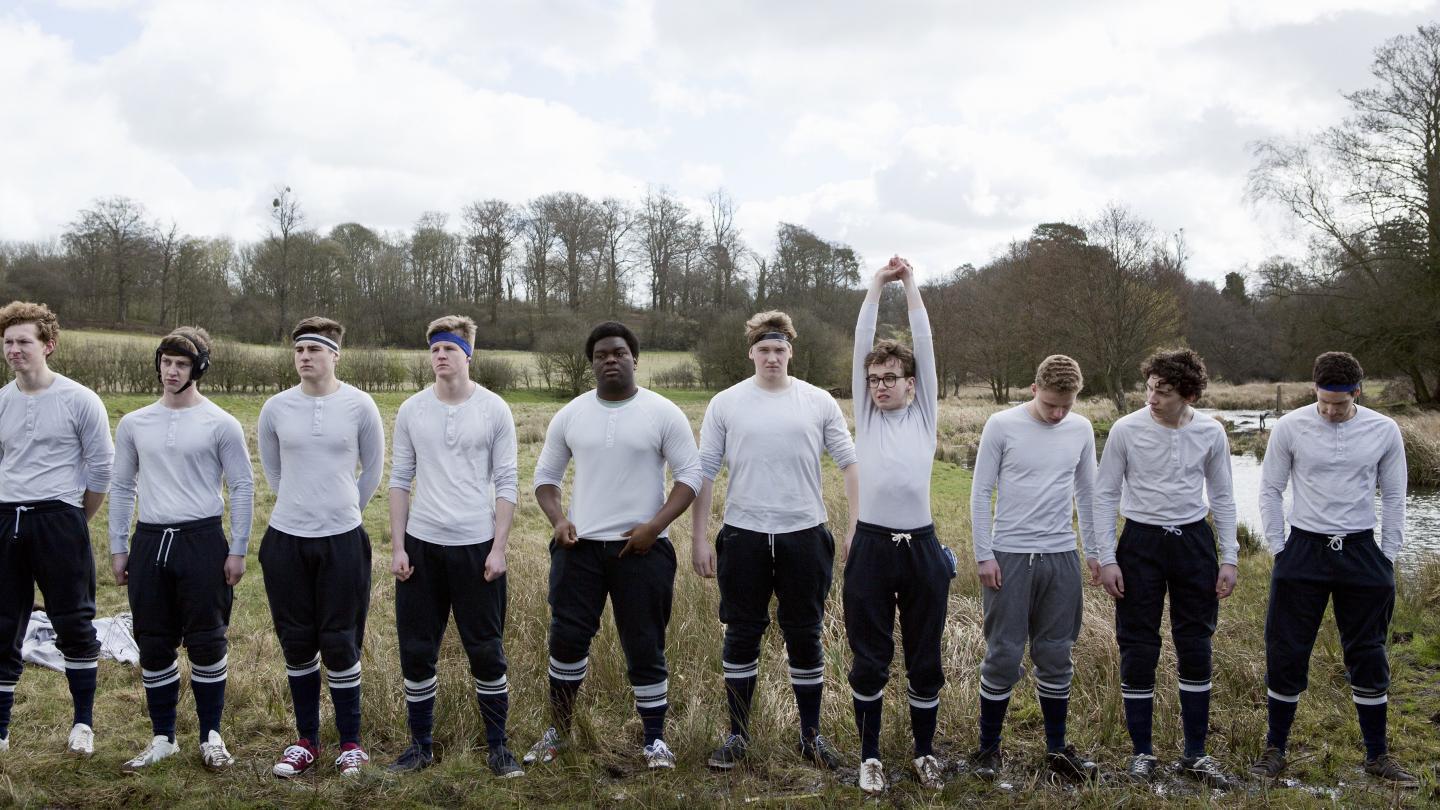 Alex Lawther plays a game of emotional subterfuge in this gentle comic riff on Cyrano de Bergerac set in the rolling West Susssex downs where he is a gifted public school boy at Caldermount (actually Lancing College).

The feature debut from director Toby MacDonald sees sweet but scrawny scholarship pupil Amberson (Lawther) caught in a low-key love triangle between Agnes (Etienne) and the brawny but brainless Winch(Jonah Hauer-King); Both puplis have the hots for the only girl in this ‘boys own’ setting, where pubescent hormones are running wild, but looks – not personality – hold the key to success. Amberson is totally humiliated by his lowly position on the school’s pecking order. Creatively driven his schtick is doodling in pencil and his heroes are Kubrick and Antoine de Saint-Exupéry (“love is not looking at each other, it’s looking in the same direction”).

There’s a whiff of familiarity with the subject matter that suggests from the early scenes of boarding school ‘absurdism’ that the filmmakers have been here before. And this ribbing humour and taut script will appeal to young and older audiences alike. Lawther holds court throughout with his particular ‘old head on young shoulders’ vulnerability. The twenty something star of Ten Things I Hate About You feels mature beyond his years, with his subtle knowing glances and emotional depth.

The boys endure endless bouts of brutal banter and physical privation in the spartan school surroundings. Sports are de rigueur: cricket, rugby and a game called ‘streamers’ which takes place in the nearby river. Brimming testosterone levels go into overdrive when Agnes arrives on the scene with her frustrated father Babinot, the new French master (Denis Ménochet in fine form). And Amberson, the butt of the ‘streamers’ contests, meets her head-on wearing a pair of sodden pyjamas.

Although the two form a tentative friendship, Agnes only has eyes for Winch, who can’t string two words together, let alone satisfy his pubescent urge to ask the girl out. So it falls to Amberson and his gift of the gab to broker a deal between the love-struck teens. He crafts a series of contemporary billets doux on cardboard placards, filming Winchester reciting these on a video recorder (it’s still the ’80s). This effort on his friend’s behalf gains Amberson instant brownie points with the most popular boy in the school, and his social capital instantly goes into the ascendent. Secretly ruing his vicarious romantic overtures, Amberson then takes a poignant back seat in the proceedings, while Winch woos the wilful French girl, with hilarious results.

There’s a lot to enjoy in this occasionally amusing and rather old-fashioned film with its echoes of Gregory’s Girl. The direction and editing could be tighter but it’s an impressive debut feature and carried peerlessly by Alex Lawther. MT

ON RELEASE NATIONWIDE FROM 22 FEBRUARY 2019