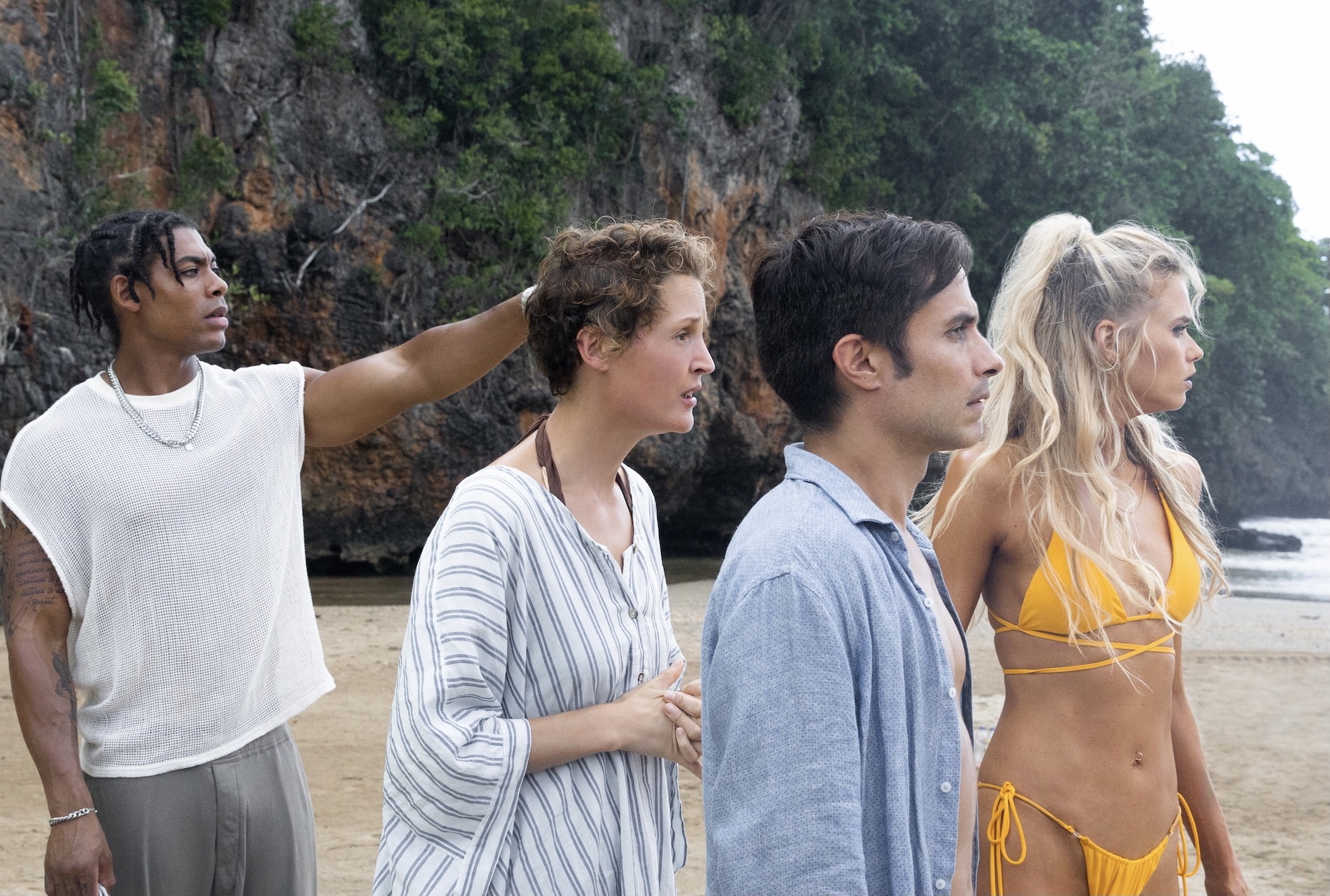 Somebody once said that M. Night Shyamalan more or less recreates an episode of ‘Twilight Zone’ in all his features. We wish! In reality this is filmmaking by numbers, aiming for mystery yet putting his cards on the table one by one the writer director is caught in his own universe with a tried and tested formula – OLD is just that.

Based on the graphic novel ‘Sandcastle’ by Frederick Peters and Pierre-Oscar Levy, it sees a group of hotel guests unable to escape their a nightmare tropical holiday when they find themselves trapped on their beautiful beach ageing rapidly at an alarming rate in fanciful camerawork provided by DoP Mike Gureckis.

Married couple Guy (Bernal) and Prisca (Krieps) are giving their relationship a final try on the island idyll, with their two young children Trent and Maddox. Prisca develops a tumour in the blink of an eye – shock-horror-gasp. Another couple, Charles (Sewell) and wife Chrystal (Abbey Lee) and their young daughter Kara (Scanlen) are also victims of the ageing process; whilst a third couple, Jarin (Lesung) and Patricia (Amuka-Bird) are written out of the narrative early on. Prisca and Guy eventually make peace in the evening but by now the adult Trent (Elliot) and Maddox (Davidtz) are desperate to get away. A famous rapper (Pierre), going by the name of Mid-Sized Sedan, is not even spared, despite his fame.

Meanwhile Charles, who may or may not be a schizophrenic, is trying to remove Prisca’s tumour hampered by his inability to the film that starred Brando and Nicholson together. You guessed it: Missouri Break.

A solid premise – age gets to us all in the end – could have led to a twist in the tale, instead Old goes out with a whimper. Rod Serling of ‘Twilight Zone’ fame would have winced. AS