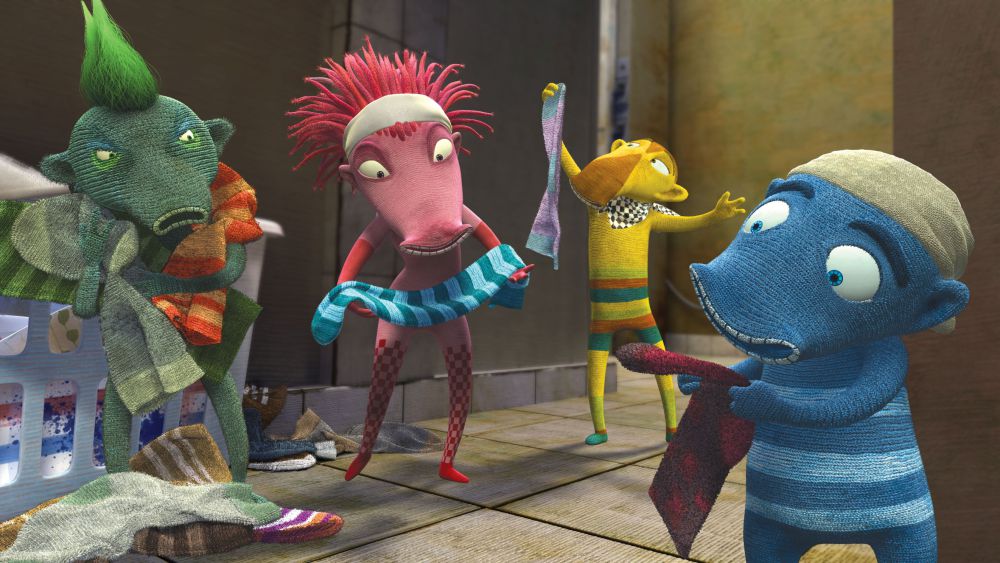 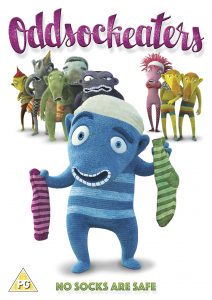 This Czech animation cleverly makes a strangely endearing storyline out of the sock that routinely go missing in the wash, while the other sits forlornly at the back of the airing cupboard waiting to be reunited with its other half.

Clearly this is an annoying scenario, and one that has worried Galina Miklinova enough for her to make a feature length musical Noir set in a dystopian corner of modern Prague, where its invisible sock inhabitants have been successful dubbed into English – with Brooklyn accents – and its central character little Hugo (Christian Vandepass) is a cute and curious stripy blue sock who has stolen not one, but an entire pair of socks to give to his grandpa Lamor on his deathbed: “baby socks give you the best nutrition” says Hugo as his grandpa’s life slips away, telling him to seek out his uncle, a gang leader, Big Boss (Gregg Weiner), the only family he has left.

Based on the Czech writer Pavel Strut’s original book Oddsockeaters (Lichožrouti), the book’s illustrator and director Miklinova co-scripts to create a dark but delicately drawn tale that then follows the invisible sock thieves, who are universally responsible for socks that go missing. Suitable for kids as young as 7 with its narrative championing family love and good manners, there are more subversive elements at play that will appeal to adult audiences.

The street recreations are absolutely terrific as the film deftly mixes 3D computer animated adventure with themes of alienation and homesickness, not unlike a sort urban-based and more nefarious version of The Clangers. What follows is a fascinating survival story where Hugo and his twin cousins, Ramses and Tulamor have to compete with their arch rival Professor René Kaderábek, who also shares their attic abode by the river in Prague, while drawing courage from the rules his grandpa has told him. It turns out however, that their biggest enemy is a gangster named Sid who head another gang of Oddsockeaters. The two rival gangs sock in out an this inventive and enjoyable urban adventure that never outstays its welcome during its modest running time. MT
OUT ON DVD FROM 27 MARCH 2018
Copyright © 2023 Filmuforia