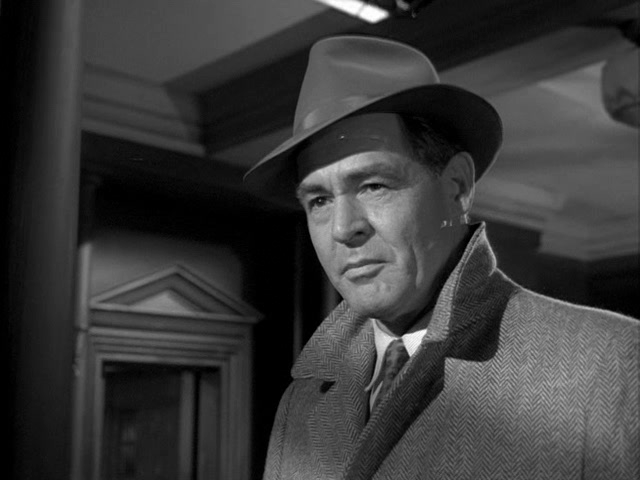 If ever a movie was made for Blu-ray this is it! It comes as no surprise to learn that Jean-Pierre Melville owned a copy of this, and watched it more than eighty times.

A downbeat heist film in the vein of The Asphalt Jungle, Rififi, The Killing and Melville’s own Bob le Flambeur, ODDS AGAINST TOMORROW follows three desperate losers scratching a precarious living bumping along the lower depths of American society, to whom embittered ex-cop Ed Begley pitches a seemingly simple bank robbery that in Begley’s words will “let us live again”.

One of the gang has to be black in order to impersonate a black delivery boy; and therein lies the heist’s fatal flaw. Harry Belafonte reluctantly agrees to take on the job because he owes a loan shark $7,500. The third gang member is Robert Ryan in all-out bigoted psycho mode as a Southern racist from Oklahoma who’s done time for assault with a deadly weapon and manslaughter, is incapable of holding down a job owing to his quick temper, and is now suffering the indignity of being supported by his sad, put-upon girlfriend Shelley Winters. When Begley pitches his plan to him, he initially rejects it because “You didn’t say nuttin’ ’bout the third man being a nigger.” (His words, not mine!) But, like Belafonte, it’s his only chance of escaping the hole he’s in. (It’s plain that Ryan just can’t get along with people, and his problem with blacks is just one facet of a much bigger problem. We learn that he lost one of his jobs because of a bust up with “a Polack foreman in the auto works”. Nor has Belafonte much time either for whitey, and he chides his ex-wife for attempting to fit in: “It’s their world and we’re just living in it”). Ryan – possibly the greatest film actor never to win an Academy Award – is as usual superb; but Begley – no slouch at playing angry bigots himself – is if anything even better in the less showy part of the heist’s avuncular mastermind perplexed by Ryan’s attitude to Belafonte and forced to keep the two off each other like kids scrapping in a school playground. But the real star is cameraman Joseph Brun.

ODDS AGAINST TOMORROW is often claimed to be one of the last of the film noirs, but too much of this takes place in realistically filmed broad daylight to properly qualify as a canonical noir. (Only in the movies, though, could the neighbour needing a babysitter be played by the unique Gloria Grahame, who wants to hear from Ryan “How did it feel when you killed that man?”) And what daylight! Those skies! It’s the best looking black & white film ever made; and Joseph Brun’s photography a masterclass in what the cinema lost when it abandoned black & white (along with stylish title design like the bizarre opening credits in which the novelist John Oliver Killens originally served as a front for the blacklisted Hollywood scriptwriter Abraham Polonsky). Much of Odds Against Tomorrow takes place in bitingly cold winter sunshine in New York; and the combination of glacial deep focus and the skilful, unobtrusive use of zooms renders the film’s locations and interiors so tangibly real you feel as if you’re actually there. It’s like watching 3D, especially in the final gut-wrenching nighttime robbery sequence (shot in Hudson in upstate NY), which packs in enough noir atmosphere to more than make up for lost time. Robert Wise also took the opportunity to do something that “I’d been wanting to do in some pictures but hadn’t had the chance”, and used infra-red film in some sequences, such as the opening shot of Robert Ryan in the street. Aided by John Lewis’s silky jazz score played by the Modern Jazz Quartet, the mood and look of Odds Against Tomorrow anticipates the similarly baleful atmosphere of Alan Pakula’s Klute.