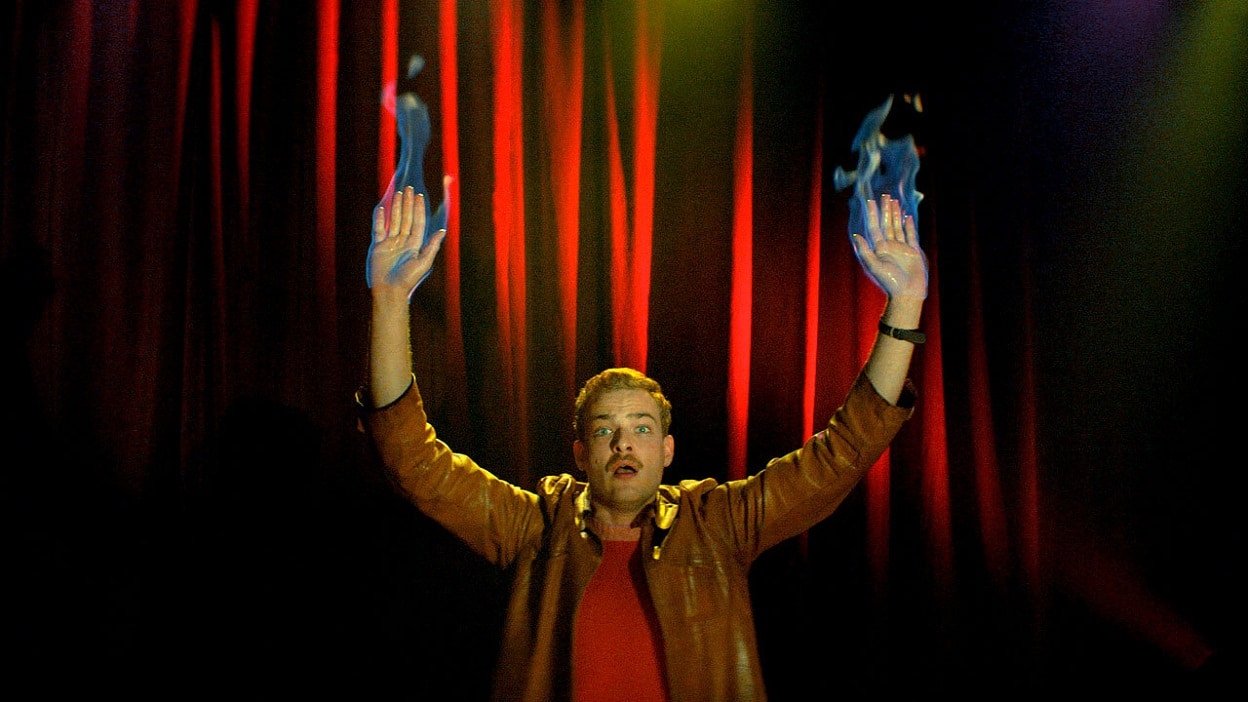 This bizarre absurdist chamber from Czech director/co-writer Michal Nohejl (Fobie) sees the crew and cast of a Prague theatre imagine the emotional aftermath to the invasion of their country by Russian and Warsaw Pact troops in 1968.

Okupace never really escapes its stagey stetting – the bar of the theatre – Nohejl borrowing freely from Milos Forman’s Fireman’s Ball – but adding a critical nuance in terms of the historical traumata of the old Czechoslovakia.

For many Czechs the Munich tragedy of 1938 comes back to haunt them in 1968. In both cases, there were no heroes to save the day and the drunken arguments of the cast and the play’s director (Brousek) are very much a reaction to this lack of muscular leadership. Pavel Neskudia (Pechlat) plays the artistic boss of the theatre. The play – about the Czech communist martyr Julius Fucik – is hailed as ‘mediocre’ by all present. Neskudia is interviewed by the enigmatic beauty Milada (Formanova), who heaps praise on him for having returned from Western exile after the invasion. Unfortunately Neskudia, like everyone one else in the room, is slightly paranoid, and accuses the woman of being part of the secret service STB, sent out to spy on him.

One of the actors has remained in his SS costume and this freaks out a drunken Russian officer (Ukranian actor Aleksey Gorbunov), who arrives desperate to get even more drunk. He accosts Milada and a scuffle breaks out. Somebody decides it would be good idea to pretend that the Russian has fallen into the hands of the Nazis, represented by the “SS man”. Violence escalates, and the artists leave the Russian for dead. A Russian patrol then turns up inquiring where their officer is, and the Czechs’ total denial of his whereabouts leaves the group in a precarious position: they know very well what will happen to them if the truth comes out. Fuelled by more alcohol, the  troupe decide to aspire to the heroes the country never had.

Inspired lighting effects from DoP Jan Baset Stritezsky make the bar look like something out of Visconti’s The Damned. He then conjures up pure evil with his shadow-play as the violence escalates. Performances are decent with the protagonists falling out with each other over the violence they have brought upon themselves. Despite all this the production fails to soar above the confines of its one-location setting. Occupation remains very much a filmed theatre play which does require a basic knowledge of Czechoslovakia’s history. The war in Ukraine also plays a role, underlining how just much Czech people feel let down by their own country. Occupation is a brave and avant-garde endeavour which doesn’t quite live up to its intentions. AS

SCREENING DURING MADE IN PRAGUE FESTIVAL | LONDON 2022