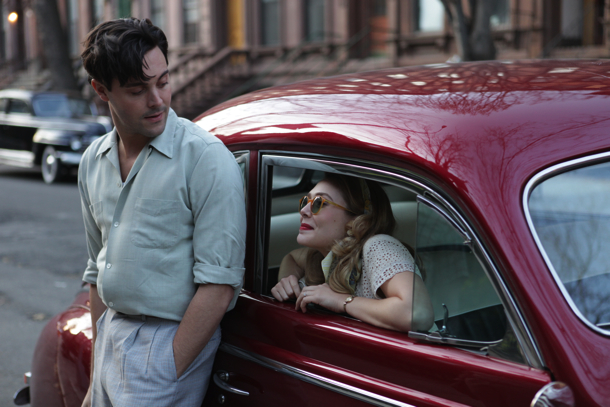 Notions of Reality in Cinema

If easily digestible stories are really what the audience wants from cinema, and if reality doesn’t offer this to us, then why have films ‘based on’ a true story at all? says Alex Barrett..

In 1944, while still a freshmen at Columbia University, a young Allen Ginsberg became friends with his dashing and rambunctious classmate, Lucien Carr. They met during an introductory tour of the library, in which Carr danced on tables while reading the forbidden texts of Henry Miller. Later, Carr introduced Ginsberg to William Burroughs, Jack Kerouac, and David Kammerer – a creepy older man with a heavy infatuation for Carr. When this infatuation escalated, Carr murdered Kammerer. After the murder, Carr visited Kerouac, and then Burroughs. Subsequently, Ginsberg was expelled from Colombia after refusing to withdraw a risqué piece of coursework. 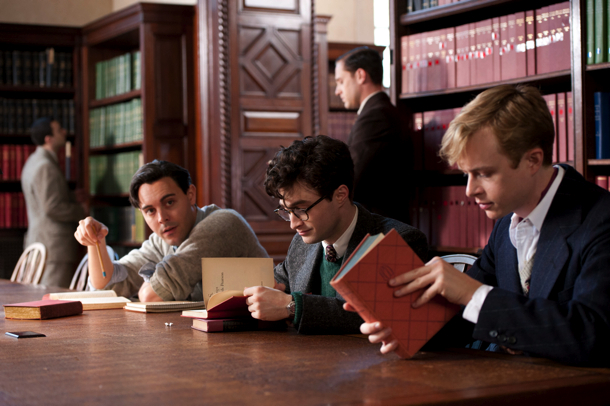 At least, that’s the way John Krokidas’ feature debut KILL YOUR DARLINGS tells it. Spend a few minutes online, however, and you’ll find out that: Ginsberg met Carr by knocking on his dormitory door to find out who was playing a Brahms trio; Ginsberg actually really liked Kammerer and went on record to say he was ‘not a creep!’; Carr (rather importantly) visited Burroughs and then Kerouac after the murder; Ginsberg actually got expelled from Colombia after a college dean found Kerouac in Ginsberg’s room one early morning, both men wearing nothing but their underwear. Amongst a multitude of further inaccuracies and distortions, Kill Your Darlings also paints Kerouac’s lively and wild girlfriend Edie as tame and mild, and fails to mention the important fact that Lucien had a long-term girlfriend at the time. In all, it’s enough to make you wonder what kind of research the filmmakers were doing during the ten years they spent in development. 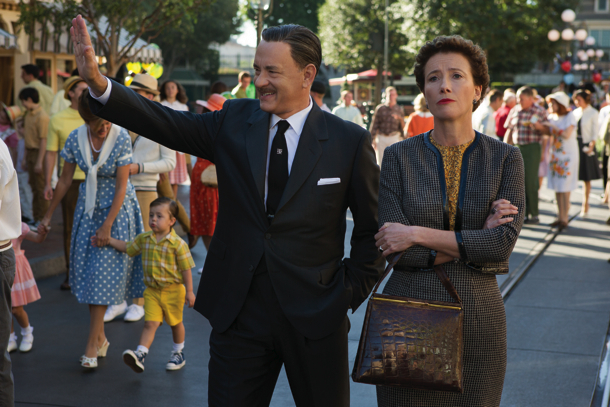 Of course, in reality, such ‘inaccuracies and distortions’ are unlikely to be down to lack of research, with deliberate creative decisions being a more likely cause. Recently David Cox wrote about a similarly loose use of history in SAVING MR BANKS (2013), arguing that such falsifications are actually a necessity, needed to make a dramatically palatable story out of a ‘messy, shapeless and ethically ambiguous’ reality. But if easily digestible stories are really what the audience wants from cinema, and if reality doesn’t offer this to us, then why have films ‘based on’ a true story at all? For Cox, having a factual basis ‘performs a vital function’, helping to reassure us ‘that the narratives that comfort us are actually true’. In other words, it’s a symptom of the trend novelist Douglas Coupland has written about so eloquently: the need to turn our lives into a story, and to know that our own lives will ultimately conform to a conventional three-act structure. 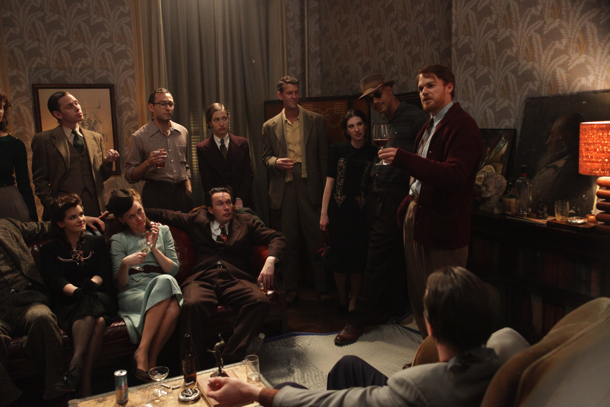 However, moving beyond this idea of ‘narration’ in life – and the inherent psychological dangers that subscribing to such a notion can bring – a darker undercurrent of the trend for ‘inaccuracies and distortions’ emerges. Even Cox admits that: ‘Because they have been made so palatable, they are eagerly swallowed. The big-screen lie becomes the world’s definitive truth’. To put this another way: an unsuspecting audience, believing they are witnessing factual history, is actually being fed historical untruths. When a falsification unfolds onscreen, it bleeds into the ether, destined to emerge as fact or confusion in the public consciousness. This is not a case of a gullible public who believe everything they see, but a testament to the power of cinema upon the collective unconscious. Filmmakers working from reality, then, surely need to acknowledge the moral responsibility that the words ‘Based on a True Story’ bring with them.

For Cox, filmmakers who ignore story in favour of cleaving to the truth produce nothing but ‘arthouse fare for audiences numbered in dozens’. Even if, for the sake of argument, we accept this questionable notion as true, the work of Gus Van Sant, which has oscillated between the commercial and the arthouse, seems to offer another alternative.

Leaving aside questions of veracity in his crowd-pleasing, Oscar winning biopic of the politician Harvey Milk (MILK, 2008), more pertinent points are posed by his so-called ‘Death Trilogy’: GERRY (2002), ELEPHANT (2003) and LAST DAYS (2005). Each of these films was inspired by a real-life death, but portrayed as fiction. Take, for instance, Blake, the introspective rock star at the centre of LAST DAYS: even from the film’s poster, he is heavily signalled as being the deceased Nirvana frontman Kurt Cobain – and yet he isn’t. He is Blake, a fictional creation – and thus the moral dilemma is neatly sidestepped, because reality has been wholly subsumed in fiction. 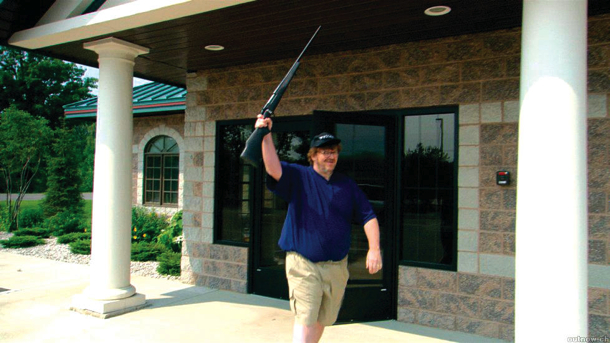 While it’s true that LAST DAYS ultimately eschews conventional narrative storytelling, there’s no reason why Van Sant’s ‘fictionalising’ couldn’t be fused to a more conventional approach. Would Kill Your Darlings have been any less interesting as a cinematic experience if the names had been changed and it had been presented as a work of fiction? If we’re approaching the film as a piece of narrative storytelling, then the answer must be no, because the story itself would remain unchanged. The only thing that would change is our perception of the film: we would no longer be able to see the film as a way of finding out the true story behind the murder of David Kammerer. It would lose the ‘I didn’t know that’ aspect of its appeal. But, as we’ve seen, if the truth of the presented history has been creatively reworked, then this aspect becomes irrelevant – perhaps even dangerous.

In documentary, truth is seen as tantamount: but there too it remains a slippery term. When one learns, for instance, of Michael Moore’s heavy manipulation of footage – and therefore of reality – in BOWLING FOR COLUMBINE (2002), one begins to feel used and abused as a viewer (and, once again, Van Sant’s approach appears preferable – cf. his treatment of the Columbine massacre in Elephant). People expect, and hope for, a certain level of truth in investigative journalism, but should they not expect the same from a fiction film which bears the words ‘Based on a True Story’? Is not the same authenticity required? Or, on the flipside, is it actually permissible for documentaries to bend the truth if it shapes the material into a more consoling ‘story’? Surely not. 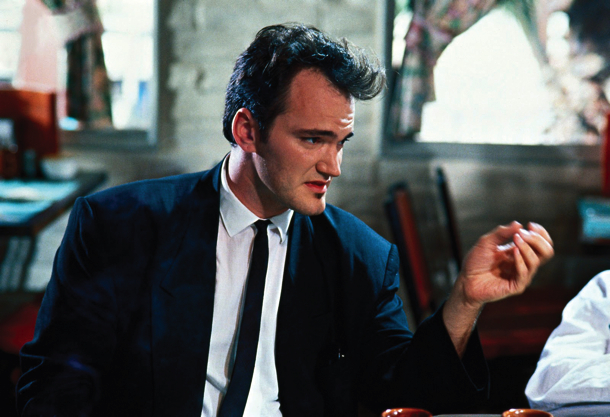 In some senses, the key to the filmmaker’s moral dilemma – and responsibility – lies in perception. While Quentin Tarantino’s INGLOURIOUS BASTERDS (2009) may have been criticised from some quarters for making light of the true horrors of the Second World War, I suspect there were few who worried seriously that it would rewrite the public consciousness of Hitler’s history – partly because the film in no way presents itself as factual. In saying this, then, the moral emphasis can be shifted away from a need for strict historical fidelity, and towards a need for openness about the distortions, falsifications and alterations made within a given text. It’s therefore possible, perhaps, to identify the source of the problem in the very words ‘Based on a True Story’ (in the case of KILL YOUR DARLINGS, perhaps ‘Loosely Inspired by Real Events’ may have been a more fitting tagline than ‘A True Story of Obsession and Murder’).

History may be written by the victors, and historians may be led by their own biases – but in academia, the moral issue is more widely acknowledged (as it also is in journalism). Similarly, issues of morality, reality and fidelity in film are complex issues – and when public knowledge is at stake, it cannot be so readily subordinated to the importance of (commercial) storytelling. Surely it isn’t good enough to simply say, as Cox does, that we can pillage and slander the legacy of history so we can reassure ourselves with comforting stories? Film is a powerful medium, and as Uncle Ben famously said to a young Peter Parker: with great power comes great responsibility. Alex Barrett

INGLOURIOUS BASTERDS IS NOW ON NETFLIX