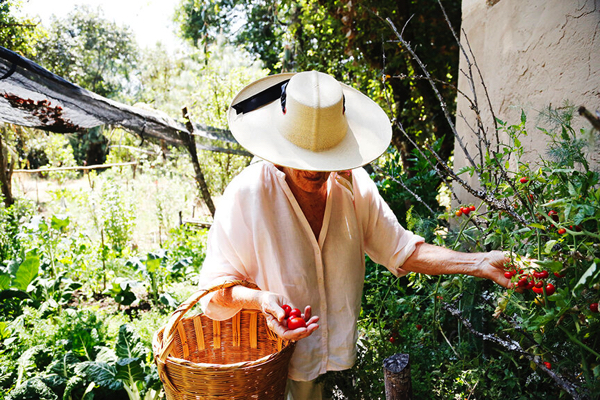 In her informative feature debut Elizabeth Carroll celebrates the British chef and cookbook supremo Diana Kennedy, a 97-year-old widely regarded as the world’s authority on Mexican cuisine. Standing barely five feet tall with a cut-glass English accent, Diana is the author of nine cookbooks and has spent the last 70 years exploring and documenting the many and varied regional cuisines of Mexico. It’s clear from the outset her ferocity is borderline: “if her enthusiasm were not beautiful, it would border on mania.”

Diana is a force of nature, living entirely in harmony with all things natural. She designed and built her ecologically sustainable property outside Zitácuaro, Michoacán in 1974, where she continues to cook, recycle rainwater, use solar power, and grow her own vegetables, coffee, and corn. She was decorated with an Order of the Aztec Eagle from the Mexican government in 1982; received a Member of the Order of the British Empire for strengthening cultural ties between Mexico and the UK in 2002.

An inspirational figure she is always on the lookout for natural ingredients at the wheel of her Nissan pick-u truck she zips through the Mexican countryside or shops in markets near her  home in Zitacuaro, Michoacan, where she grows her food ingredients organically.

The film’s title is the same as one of her nine cookbooks, and is also a very apt description of the gruff nonagenarian who sets the agenda for everyone: “People who want to live here have to realise they have to live with nature”. Her eco drive never stops: she has campaigned against the bleaching of table clothes in restaurants and the gentrification of the market in nearby Oaxaca is certainly not to her taste: “Before it was all more natural and untidy. And tasty.”

After the war she went to the USA and Canada, before meeting her husband Paul P. Kennedy, the foreign correspondent for the NY Times in Porto Prince, Haiti. In 1957 they went to Vera Cruz, and Diana became inspired by the recipes of Josefina Velazuez de Leon. She wanted to be more than a housewife, and Craig Clayborne, Food editor of the NY Times from 1957-1986, helped to establish her. In 1965, Kennedy became ill, and they moved to New York for his treatment. After his death in 1967 – she never married again – Diana became depressed, and only her Mexican cooking classes, as featured in the NY Times, kept her spirits up, whilst actors and writers were her dinner guests in the restaurant. All this fired her up for the future and eventually he decamped down south to Mexico City in 1976. She now has “boot camps” for aspiring cooks in her house, and shows that she is not a very forgiving teacher. Nowadays she is a harsh critic of contemporary:  “The more we are connected electronically, the less we are united”. And she is as sober about herself as she is with others: “When I am blind, or can’t cook or eat any more, than I am out”.

But Carroll has managed to make Diana and her life’s story into an entertaining and upbeat experience – not only of food. DoPs Paul Mailman and Andrei Zakow have contributed with vibrant and refreshing aesthetic which gives Nothing Fancy a story book background. AS

AVAILABLE ONLINE FROM 2 MAY 2020 | COURTESY OF DOGWOOF | iTUNES