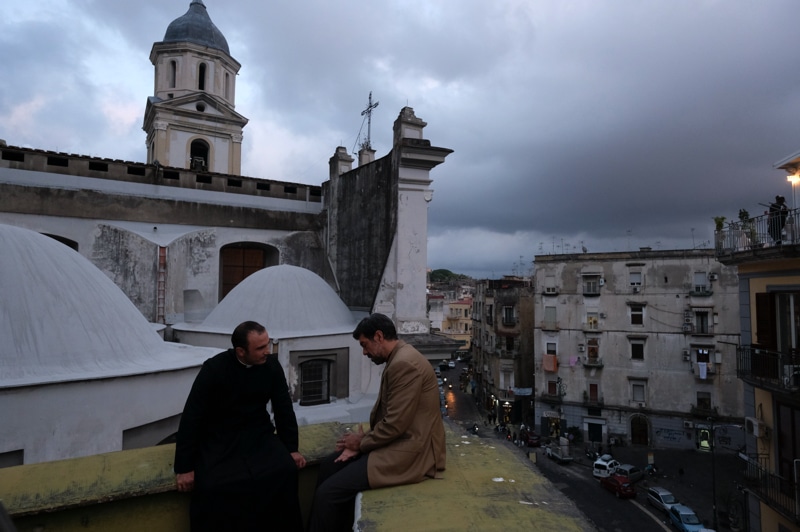 Mario Martone’s moody mournful thriller Nostalgia, adapted from the novel by Ermanno Rea, sees a man returning to his past in Naples having made his mark in the Middle East. But this attempt to turn back time and is not greeted with the warmth he had hoped for in all quarters.

Martone floods the screen with the faded glory of the southern Italian seaport in a lush and classically styled rumination that contrasts the positive outlook of his central character Felice Lasco (Favino) with the bitter resentments he finds back home. His moribund mother Teresa is overjoyed to see him but his attempts to reconnect with an old sparring partner, the infamous gangland ‘Badman’ Oreste Spasiano (Ragno), are less successful to say the least – their nefarious past is pictured in flashbacks  –  and he is warned to keep away from the crumbling neglected backwater of Rione Sanita where Orest now hangs out under the protection of his acolytes.

But although Felice is determined to gloss over the ups and downs of his complex relationship with Oreste, who tears up at their reunion, an unresolved incident from the past is still a sticking point between the two men; one who has found success personally and professionally, the other failure in a life of crime. The simple but satisfying plot works to the film’s advantage allowing Martone to embellish his local characters, the most memorable is the local priest Don Luigi Rega (Francesco Di Leva) who still provides a spiritual touchstone to the community from his base in the vast cathedral. Buzzing around on a motorbike in full ecclesiastical regalia he is a comforting but commanding figure, his steadfast moral compass providing the guiding light. But Felice will soon become trapped in his determination to heal the past. MT