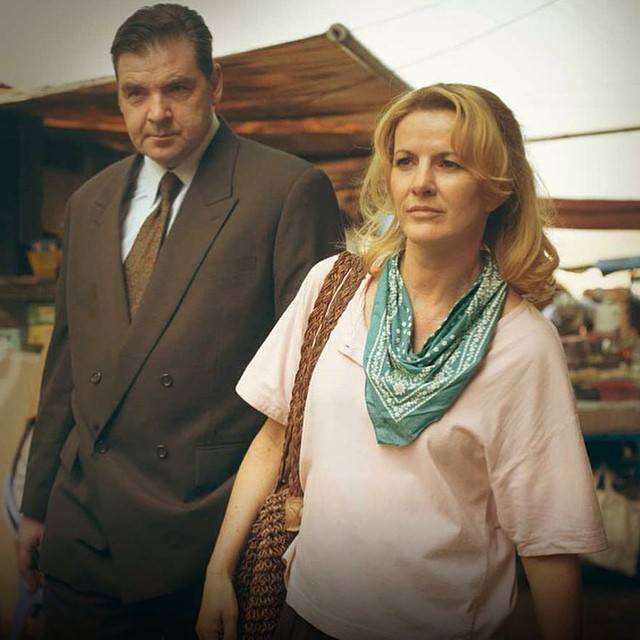 Irish humanist and aid-worker Christina Noble founded children orphanages for more than 700 000 victims of war in Vietnam. Writer/director Stephen Bradley’s tribute to her efforts is worthy in tone, but hampered by a clumsy script and an unconvincing realisation. It doesn’t do any justice to an extraordinary woman.

Told in linear narrative form, Bradley reveals how Christina Noble (an ebullient Cramer Curtis) loses her mother when she is ten. Her father, an alcoholic, neglects the family and the children are separated and put into orphanages where they have to work. During the late fifties, teenage Christina (Greene) is living rough in Dublin and is gang-raped. A Catholic, she is tricked into giving her baby away in the local home. Moving to Birmingham with a friend, she marries Mario, a Greek Cypriot bar owner. They have three children, but Mario is unfaithful and beats Christina up. Forced to leave and bring up her children alone. Having had ‘visions’ about Vietnam in Birmingham, she travels there as a middle-aged woman (O’Kane), and with the help of Madame Linh (Nguyen), starts to lay the foundations for her orphanages, after meeting two young, abandoned girls in the street.

It is understandable why Bradley chose to do this biopic of Noble; her life story literally cries out to be filmed. But Bradley’s schematic structure accumulates all the clichés possible during its three sections, which lack any continuity, making it difficult for the audience to appreciate fully the extent of Noble’s heroism. There are some attempts at humour: we see Noble talking to God in an very argumentative way, and attempting to imitate her own heroine Doris Day. DOP Trevor Forrest’s visual are uninspired, particularly in Vietnam, where he oscillates between postcard idyll and shocking realism. Overall, this is a simplistic hagiography, leaving the audience often un-engaged, in spite of the emotional input by the three actresses portraying Christina in the three stages of her life. AS

NOW ON GENERAL RELEASE from 12 FEBRUARY 2016