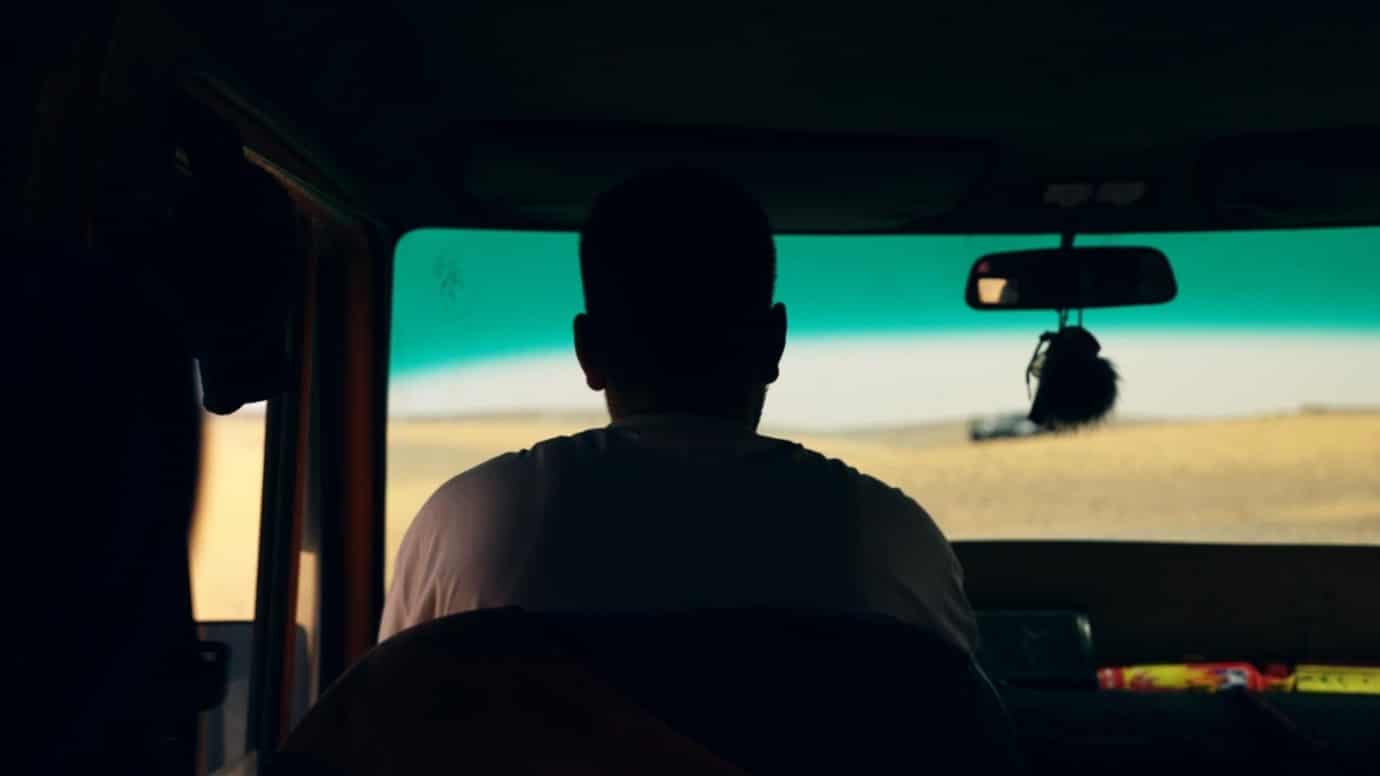 In 1995 filmmaker Nnaebue made a gruelling and abortive journey from his hometown of Lagos, Nigeria to Tangier in Morocco, ending up in Bamako, Mali. Now twenty years older, and wiser, he retraces his steps to discover what makes today’s migrants risk life and limb for an uncertain future in Europe.

The way back is teeming with his disenchanted compatriots who are prepared for the dangers awaiting them – thanks to social media that never enlightened them back then. “Nigeria has not enough to fulfil their dreams”. NO U-TURN keeps up a poetic rhythm in the face of the harsh realism of migrant life. For Nnaebue story-telling has been a primary motivation since childhood, when he ‘fell in love with the moon’: “I thought he was following me, and I knew I had a friend for life”. He also at a young age that stories influence people, and this is what led him to become a filmmaker.

Most of the arduous journey takes place by bus – apart from the last leg from Mauritania to Morocco, where Nnaebue resorts to a plane, Moroccan authorities forbidding him to film. On the first leg of the trip he meets a plucky Nigerian woman called Anita, who relates her rough time in  North Africa where the Algerians were hostile towards West Africans, beating up the men and raping the women. But Anita is undeterred, and is positive she’ll make it to Spain to join her sister, this time around.

Few women travelled alone back in the 1990s. Nowadays, women, particularly minors, are prey to sex traffickers. A Nigerian at the border of Togo and Burkina Faso tells horrific tales about the young Nigerian women’s fate: “They are being fooled, some under-aged girls are raped to death”. Women are particularly vulnerable having left their kids back in Nigeria, promising to send money back to their families once in Europe.

Reaching his previous turning point in Bamako, Nnaebue is filled with nostalgia but also determination: this time there will be no u-turn. Back in the 1990s he remembers doing a six-year car mechanic apprenticeship in the city, and although he fell out with his boss, who was supposed to give him the start capital for his own business, it opened the door to his filmmaking career.

At the last stop of his trek in Tangier, Nnaebue meets two young women, Sandra and Laura, who are begging on the streets to save money for a fibre boat to get them to Spain. The film crew accompanies the duo on their reconnaissance mission at the beach. Their plans are hazardous to say the least: the marines will chase them, and hopefully fish them out of the water if they capsize. But they are undeterred, they will try until they succeed – tracing the data of the shipping forecast will help.The migrants all share the ethos of “a journey of no return”. Home and family will be left behind, along with of way life and their culture, tempted away by the dream of a better life. But the grass is rarely greener, just different. DoP Jide Akinleminu’s lively and impressive images of this mammoth trip, often belie the sobering reality. AS