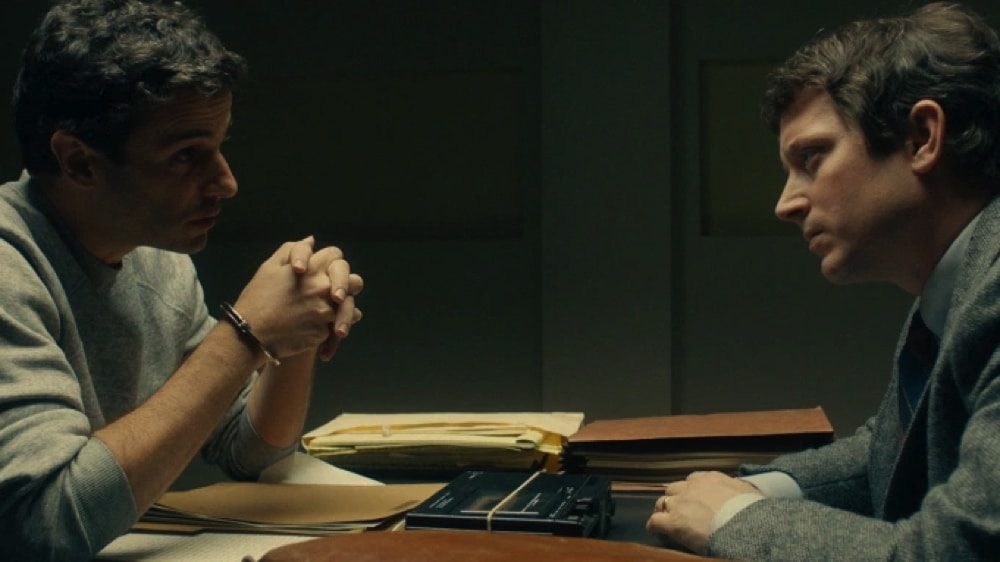 Ted Bundy, one of America’s most notorious serial killers, is the subject of this evocative drama with a persuasive performance from Elijah Wood as the FBI analyst who formed a close bond with the killer before his execution in a Florida State Prison, following 10 years of exhaustive Death Row appeals.

Wood is Bill Hagmaier a rookie cop and religious family man whose thoughtful and measured approach made great inroads into understanding the felon – a compulsively watchable Luke Kirby – in the early days of the Bureau’s profiling unit. His methodology would go on to make him Chief of the National Center for the Analysis of Violent Crime, with ‘interviewees’ specifically asking to speak to Hagmaier because of his well-known association with Bundy.

Appealing to Bundy’s ego and ‘befriending’ him was one of Hagmaier’ masterstrokes to unlocking the killer’s mind. And this soft-peddling ‘servant and mentor’ approach seems to work wonders, the two sharing their innermost thoughts as they gradually grew closer in the interrogation suite, Bundy claiming to feel ‘like a human being’. But it’s not all plain-sailing as Hagmaier discovers despite his thorough preparation for the confrontation, and his patent awareness of Bundy’s hatred of the FEDs. At the time of the series of in-depth interviews the convicted killer had not yet acknowledged the criminal methodology he describes as his own.

Celebrating its World Premiere at this year’s Tribeca Film Festival, Amber Healey’s cool and confident two-hander is imaginatively enlivened by lushing dramatised interludes and upbeat home movie clips set to a racy electronic occasional score ,adding context and cut and thrust to the intensive tete a tetes between the two men as they inveigle each other into a outwardly complicit buddy relationship. And the strength here is that we never really know who’s leading who into the terrible quagmire of a psychopath’s mind.

Other characters skating round the main narrative are Carolyn Lieberman (Aleksa Palladino), a fictionalised version of the anti-capital punishment lawyer who represented Bundy in his final appeals, and Hagmaier’s boss Roger Depue (Robert Patrick) who grants him access to the felon, the mild-mannered Hagmaier requesting that the crime-scene photos be withheld. Script-wise C. Robert Cargill writes under the pseudonym Kit Lesser, inspired by Hagmaier’s recollections, recordings and interview transcripts in this muscular and compellingly gripping psychological drama. MT