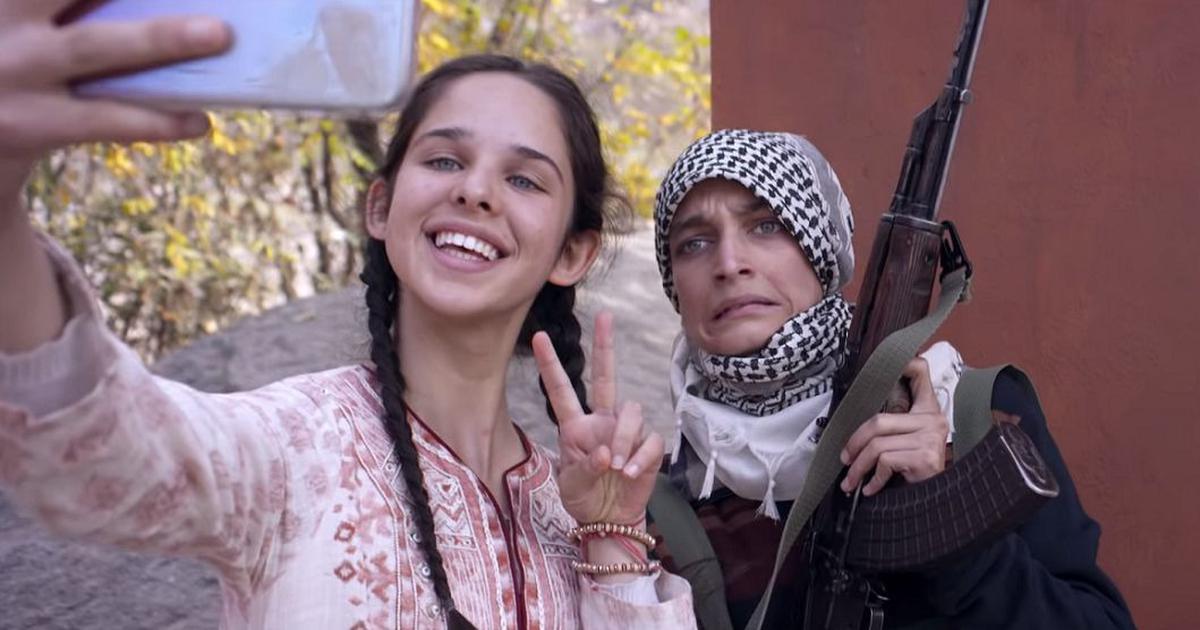 Oscar-nominated writer and director Ashvin Kumar (The Forest) is well known for his active support of Kashmiri independence. Claimed both by Pakistan and India, the region has recently lost its autonomous status inside India, and is now governed with an iron fist by the nationalist Indian government who is fighting militants in the region, often sponsored by Pakistan. But this is really a proxy war between Hindu nationalism of India and Muslim annexation orientated Pakistan – with the local population caught between the two nuclear powers.

The film centres in sixteen year old British Kashmiri teenager Noor (Webb) who is wedded to her mobile like most of her generation, and lives with her grandparents in a Kashmiri village. Her mother Zainab (Mago) is trying to convince her missing husband’s parents to sign his death certificate so she can marry politically well connected Wahid (Dahiya). Said husband was arrested by the Indian army and never returned home. Noor has fallen for the slightly younger Majid (Raina) whose father has also disappeared. Noor, unaware of the tensions in the village, challenges her grandparents and mother, wanting to know more about her father’s fate. Zainab finally manages to get the old couple to declare their son dead –  Wahid helps by offering to secure them a good pension – but then Noor strikes up a friendship with a Arshid (Kumar), who seems to be collaborating with the Indian army, and at the same time hiding militants from the authorities.

There is a telegraphed solution to it all when Arshid tells the village teacher Kharbanda (Rashid) that his son. along with his fellow fighters, were “just revolutionary romantics. What kind of freedom would this have been for Kashmir without the Muslim faith?” Noor pushes on, and talks Zaina into a nighttime trip into the mountains bordering Pakistan where the political prisoners like her father had been interrogated. When they are captured by the Indian soldiers, the adults’ lies unravel – in spite of Noor’s release – thanks to the powerful Wahid.

Kumar, also co-editor and co-producer, needed crowdfunding for this project and also had to be sanctioned by the Indian Central Board of Film Certification, more or less a censorship agency. He directs with great skill but his script is an awkward mix of coming-of-age love story and political rant. There are just too many programmatic speeches. Neither Noor nor Majid are really at an age to be spouting these moral lessons, and particularly not Noor, who is a total stranger. DoPs Jean Marc Selva and Jean Marie Delorme make good use of the overpowering landscape all captured impressively on handheld cameras. Overall, No Fathers is more worthy than convincing, but held together by a brilliant cast. AS