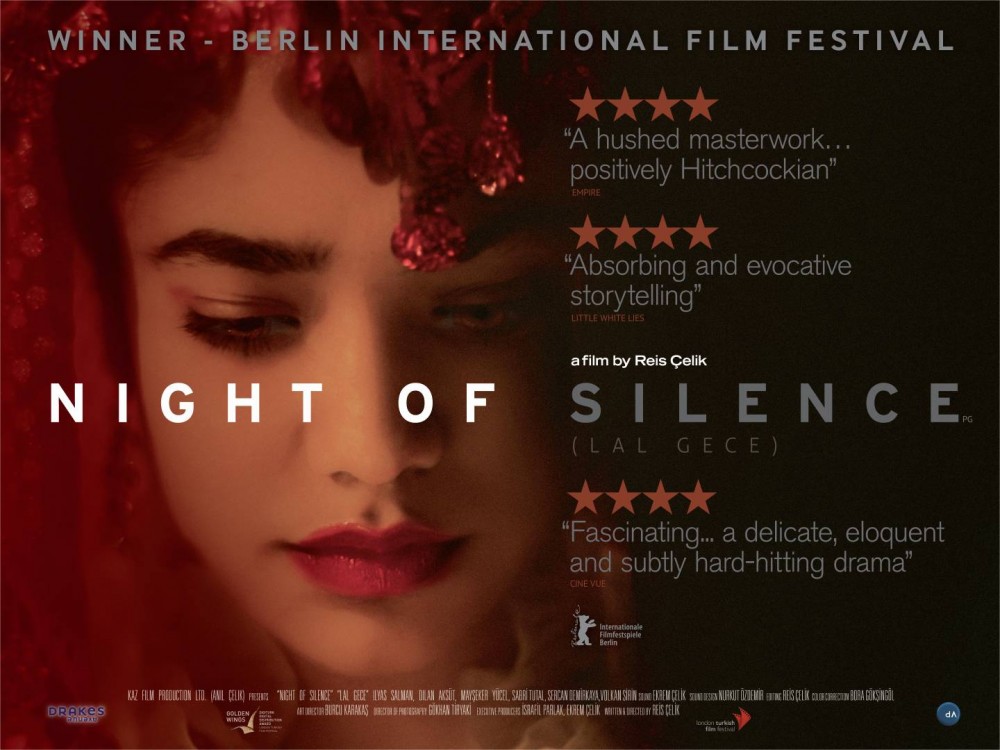 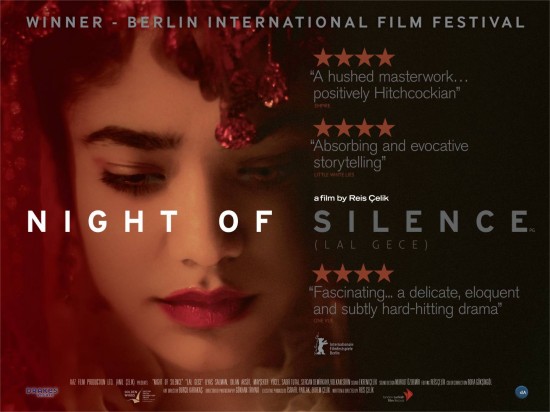 Night of Silence is an award-winning Anatolian take on the classic story of Scheherazade. A Muslim teenage bride finds herself on her wedding night in the clutches of a raddled old criminal just out of jail.  Not only that, he’s also ugly, bald and overweight.  After a colourful and boisterous banquet and knees-up with the local fiends and their womenfolk, this cinema verité piece morphs into a two-handed chamber drama between the newly married couple. And, not surprisingly, only the groom is in the mood for love.

What follows is a cleverly drawn study in human dynamics played with grace by a bride who, aided by well-written dialogue, cleverly prolongs the moment of consummation for as long as she can, conjuring up palpable fear mingled with mild disgust at her fate at the hands of this old lover. That said the groom (Ilyas Salman) comes across as benign and gentle rather than lascivious as he blows her smoke rings and engages with her almost as if she was his young daughter. Dilan Aksût’s brilliant turn as the bride starts as timid and sweet and grows more confident and convincing as a chemistry of sorts develops between them with some surprises during the long, tiresome night. MT