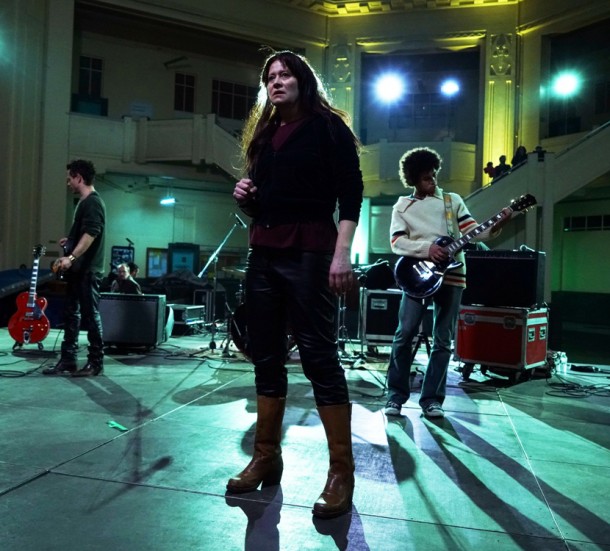 NICO, 1988 focuses on the final years of the Berlin-born Christa Pfaffen who died in 1988, aged 49, having enjoyed a full life as mother to Alain Delon’s son, lover to Jim Morrison and muse to Andy Warhol – while also writing vocals for legendary band Velvet Underground.

Resenting the ’80s, Nico emerges a single-minded sullen misanthrope who takes no hostages amongst her associates or band-members while exuding a vulnerable charisma: “I’ve been at the top and the bottom – both places are empty”. Her final lasting love is for her son, a playfully convincing Sandor Funtek (Blue is the Warmest Colour). John Gordon Sinclair gives a dour turn as her manager but Dyrholm dominates in an astonishingly powerful performance.

Even if you’re not a fan, this enterprising part-imagined drama has pleasurably Noirish undertones sashaying through live sessions based on Nico’s last European tour: Paris, Prague, Nuremberg and even Manchester look tantalising through Crystel Fournier’s vibrant lensing as each perfectly composed frame resonates with Nico’s born-again soul. MT