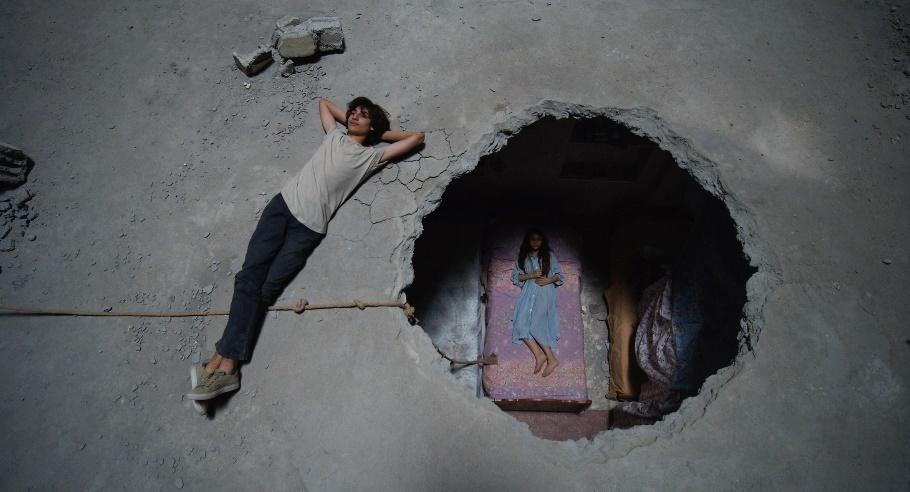 Syrian filmmaker Saudade Kadan follows her Venice Best Debut award for The Day I Lost My Shadow with this lyrical coming of age drama set in war-torn Damascus and seen from the confines of a spacious family home where traditional values still hold sway in the 21st century.

If ever there was a female-penned love letter to hope and female empowerment it is this enchanting and painterly portrayed domestic drama about a Syrian family of three surrounded by gunfire, mortar attack – and the elements – in their shelled out and crumbling tenement flat in the centre of this sprawling, ancient city.

Fourteen-year-old Zeina (Zein) and her family are amongst the few remaining inhabitants of their besieged hometown. After building a generator by candlelight, her father Mutaz (al Masri) is ecstatic when it finally fires into action, and Zeina and her mother Hala (Alloush) jump for joy. But their happiness is short-lived when the generator rapidly grinds to a halt. A missile then rips a giant hole in their home, exposing them to the outside world and drenching in a summer storm. Zeina and her mother cover the gaping holes with delicately patterned sheets and old curtains adding a subtle pastel hue to the dusty interiors of their airy and well-proportioned home. Then a rope is mysteriously lowered into the hole in the roof, and Zeina gets her first taste of freedom, in a way that would never have been possible before the conflict, as gradually an illicit friendship develops with another teenager Amer (Alani). But her traditional father suspects the worst and Zeina will have to fight for her future in an upbeat drama that always sees the glass half full.

Kadan’s lyrical look at female emancipation gently unfurls in a world where clearly men still wear the trousers, the director making use of magic realism to transport her heroine into a world of semi-fantasy, as the determined teenager struggles to cope with the trauma of a city in conflict. As the violence outside escalates, the family is pressured to evacuate, but Mutaz insists they stay put, refusing to flee into the unknown world of danger. Faced with a life or death dilemma, Zeina and Hala, her mother, must make a difficult choice but they do so with courage and grace. MT