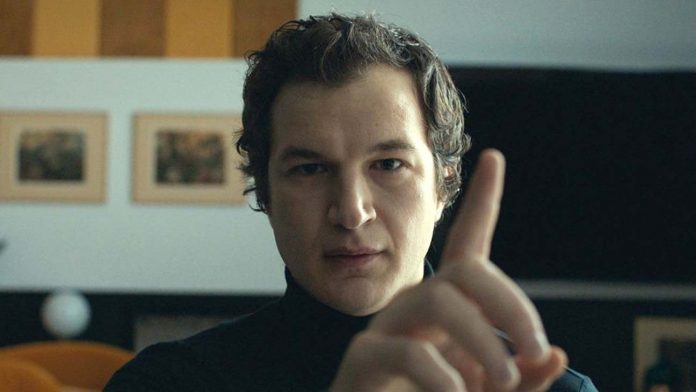 Poland has come a long way since its communist days according to this surreal and stirring social satire. Never Gonna Snow Again sees the nouveau riche residents of a soulless gated community outside Warsaw, unable to heal their own lives despite their comfortable existence.

Meanwhile from a poorer part of town lives a Ukrainean migrant masseur called Xenia. Each day he trudges each from his stalag style apartment through a Grimm’s fairytale forest and into this neurotic new town to spread his balm over troubled waters. Alec Utgoff is hypnotic and quietly muscular in the leading role but he remains a dark horse drawing us in to a story that is both intriguing and unsatisfying.

This Venice competition title is the latest from Polish director Małgorzata Szumowska and her regualr collaborator cinematographer Michał Englert. Their previous films have explored outre and challenged individuals and this is the most mysterious and eerie to-date (Body, Mug and The Other Lamb).

A hotchpotch of amusing domestic vignettes play out and  is more exasperating than the last held together by the alluring central character of Xenia whose background is gradually revealed but who potential is never properly explored. By intention he is the only appealing character, and we are impelled to watch this movie because of him, and only because of him. The idea of a guru who saves the disenchanted is one of the most powerful themes in history and is ever relevant particularly now in our time of turmoil. But it often feels like the filmmakers are trying too hard and rather than focussing on their strong storyline they throw in endless crude titbits that are distracting and also downright irritating unless you share this particular brand of humour that often mocks those in tragic circumstances.

There are some exciting moments in the Polish modern fairytale with its pounding soundscape full of danger and exotic promise yet somehow – like the treatment or potion that promises to deliver –  Never Gonna Snow Again is the same. Busy being loud and clever it drowns out the truth behind its story and thus never lives up to its enticing potential. MT