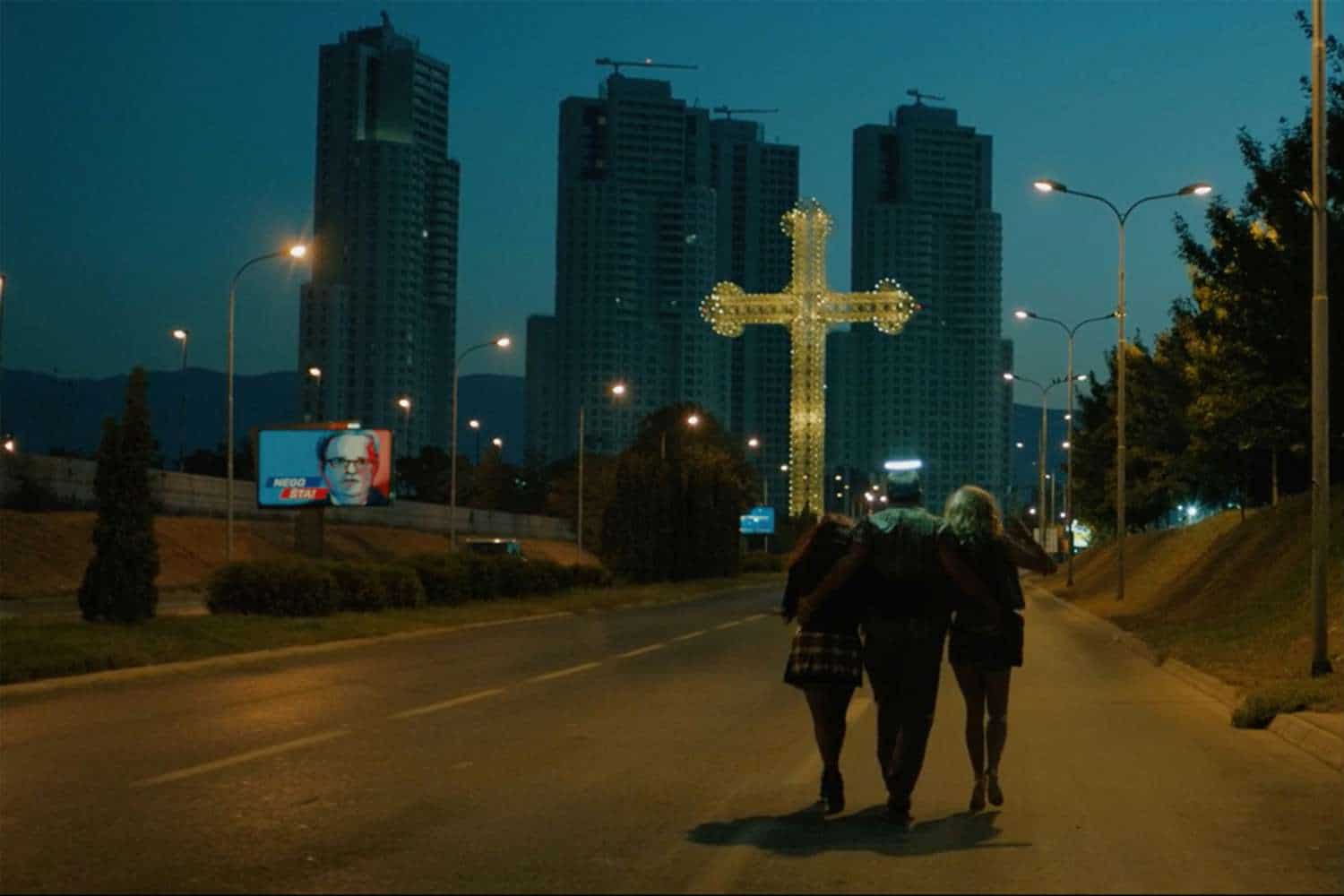 Communism and Christianity are still fighting it out in the post war God-fearing impoverished rural enclave in Serbia where people are bloody but indomitably unbowed, in the first segment of the trilogy. Gun-toting Strojan (Goran Navojec) and his wife Nada (Ksenija Marinkovic) are the combative main characters bolstered by their ebullient village neighbourhood where Strojan is cheating with his next-door neighbour,   stray dogs riffle through the rubbish and false teeth are still kept overnight in glasses like something out of the Sixties. Meanwhile inside the immaculately clean 1940s style town hall with its pristine marble tiling, civil rectitude still reigns supreme  But whatever he does Strojan can’t get rid of his halo or the vestiges of the past. Meanwhile, in the second narrative strand Gojko is an arch villain seething in prison, awaiting the death penalty when mysterious events may somehow offer him a surprising reprieve. The third story transports us to 2026 where an art gallery curator shows a painting portraying a poignant image of a stray dog which somehow reunites the locals in a collective sense of the healing power of animals.

Heavens Above is a lively and imaginative snapshot of the Balkans in the post communist transition period between 1993 and the near future. Classically styled and vibrantly theatrical, it’s also a gut -punching reflection on the pros and cons of organised religion and political coercion with its ethical and moral strictures, and how they impinge on real life in all its decadent glory reminding us of where we should be heading in this brave new post Covid era. The characters are all convincingly bonkers, but you can’t help but like them. Susan Joksimovic does wonders with his special effects seamlessly dovetailing the surreal into the mundane. Dragojevic certainly has a talent to amuse giving us plenty of bang for our bucks in this incendiary feature. MT