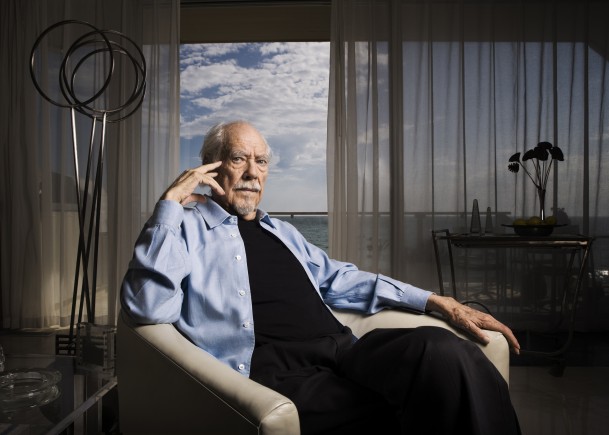 It’s hard to imagine that there was a time when a project as personal as Robert Altman’s NASHVILLE could be funded. Which American director today, apart from Thomas Paul Anderson, could conceive of such a film? NASHVILLE is a remarkable 1976 epic of incidents, encounters and happenings played out against the backcloth of a Grand Ole Opry music event, political campaigning and Nixon’s Watergate.

NASHVILLE is effortlessly fluid yet always tightly harnessed-in. Altman’s editing between multiple narratives, employment of overlapping conversations and the delayed and executed music numbers is quite masterly. The camera roves with its twenty five characters – politician, campaign manager, folk singer, BBC journalist, wannabe singers, country musicians and celebrities. Even the crowd itself becomes a main character. And like its standout people, it is highly restless for entertainment, stability and emotional calm.

NASHVILLE is a state of the nation drama imbued with telling satire and a comedy of manners (examples of which are the appearance of two celebrities: Julie Christie and Eliot Gould, playing themselves. Gould is constantly interrupted by ‘in your face’ reporter, Geraldine Chaplin. And Christie is warmly welcomed at a party only to be quickly dismissed as they cannot remember the film for which she won an Academy Award.)

Altman’s on record as declaring NASHVILLE to be a musical. There are ‘musical’ events. In the film’s recording studio opening country singer Haven Hamilton (Henry Gibson) sings a song called ‘200 years.’ It’s a boastful slice of American triumphalism (“We must be doing something right to last 200 years.”) Whilst NASHVILLE‘s final song, delivered by Albuquerque (Barbara Harris) is ‘It don’t worry me’ with the lines “It don’t worry me if I aint free.” Given the violence that erupts, just before her appearance, the film rings with a bitter irony.

What memorable well-acted characters are here. The painfully deluded girl singer Suleen Gay (Gwen Welles). The philandering folk singer Tom Frank (Keith Carradine) singing to his conquests in the audience. And Mr. Green (Kenneth Wynn) unable to get his spaced out niece L.A. Joan (Shelley Duvall) to meet his dying wife. In their scenes (and many characters other moments) Altman’s satire is incisive but also surprisingly warm and caring (credit for the success of NASHVILLE must also go to Joan Tewkesbury’s screenplay.)

Altman was an uneven director, but when he hit the target he was uniquely Altmanesque, able to control a movie like a conductor. He’d a great gift to imagine a particular sense of cinematic time and space – and if he ‘sprawled’ well enough his craft produced a spontaneity that enthralled. Altman didn’t really tell stories so much as explore the quirks and vulnerabilities of characters. That constant fragmentation (Nashville, The Long Goodbye and Short Cuts) gave us a laid back weaving in and out of a ‘story’ to reveal new stories continually diverted by a his characters’ fresh feelings about the situation.