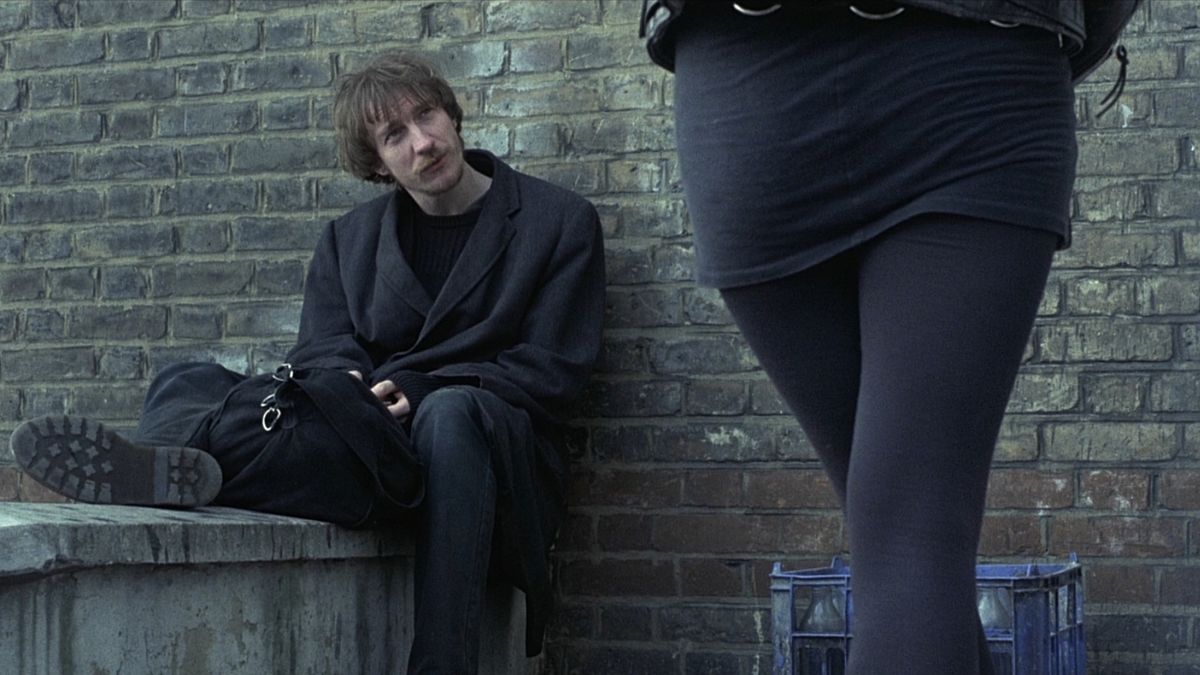 Winning Best Director Award at Cannes Film Festival in 1993, catapulted British writer/director Mike Leigh from progressive, but marginal filmmaker, into worldwide recognition with Naked. The dark portrait of Margaret Thatcher’s Britain also garnered the Best Actor Award for its main protagonist David Thewlis, and British cinema had its first internationally recognised director since the New British Wave of the 1960s.

When Leopold Blum, the main protagonist of James Joyce’ 1922 novel “Ulysses” roams the streets of Dublin, both he and the city had an identity. Seventy years on, Johnny (Thewlis) flees his hometown of Manchester for London, stealing a car, as much of a wreck as he is, and fearing retribution after a bout of violent sex with a woman in some dark corner, Johnny, in his late twenties, has long lost any sense of himself or his surroundings. Disenfranchised, he heads towards the capital, the citadel of Thatcherism: a home for nobody, not even yuppies, as we will learn.

And just as there was for Odysseus, there is a Penelope waiting for Johnny – not that he will recognise her. Heading for the home of his ex-lover, Louise (Sharp), a Mancunian just like Johnny, she made a move to London for a job that somehow never materialised. When Johnny arrives he meets Louise’s flat mate Sophie (a brilliant Katrin Cartlidge, who died only forty-one years old in 2002), spaced out on drugs. Johnny enjoys brutal sex, and is soon replaced by the landlord in Katrin’s bed, the suave Jeremy (Cruttwell), who also gets high on violent rape. Katrin, now nearly out of her mind, is saved by the arrival of Louise: the two women locking themselves in a room. Johnny has meanwhile wandered off into the night as nobody wants to listen to his verbal diarrhoea: endless provocations and put downs. On his nocturnal wanderings, Johnny meets the middle-aged security guard Brian (Wight), who guards an empty office block. Just to show he can, Johnny enters the flat of a middle-aged woman, who is the target of Brian’s ‘peeping tom’ longings.

For no reason at all, Johnny decides he rather would continue to put Brian down, but then along comes ‘cafe girl’ (a melancholy McKee). She is so miserable that Johnny leaves her flat willingly when she chucks him out. He returns to Louise’s, where Sandra (Skinner), the main tenant fetches up, having finished a nursing stint in Zimbabwe. Sandra gets rid of the obnoxious landlord (who turns out to be not so tough, when confronted by a determined woman), and bandages Johnny’s injured ankle, the result of a fight. Whilst Sandra recovers in the bath, Louise and Johnny sing together about ‘Rainy Manchester’, and we get a glimpse of what could have been, when Louise leaves to give in her notice, and return to Manchester.

To say that Naked is bleak is an understatement. DoP Dick Pope, who went on to collaborate with Leigh on seven more features, shows grim nights, invaded homes and a general wasteland in colours fit for a funeral. The acting is just perfect and Leigh always gives Johnny a redeeming way out, before piling on more self-inflicted misery. Johnny’s Alter ego Jeremy is just ahead in the male rat race, but driven by the same need to hurt women. A pitiless ending closes a journey into the underbelly of humanity. AS