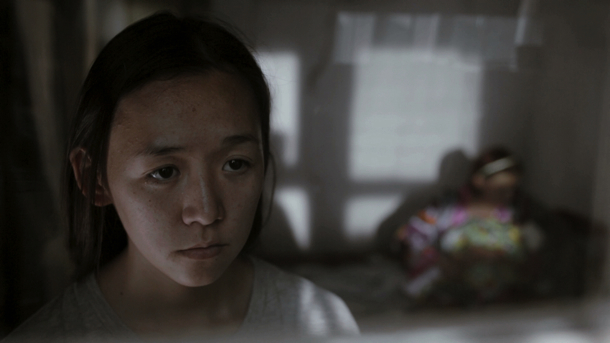 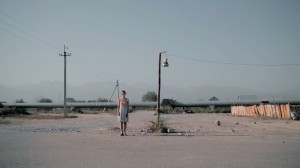 Belonging, being wanted and loved are universal themes that Kazakh director, Zhanna Issabayeva, explores in this stark but affecting piece of social realism. Echoing Danis Tanovic’s Golden Bear winner An Incident in the Life of an Iron Picker, its heroine is ugly, passive and insecure but there is a stark beauty and nihilism about her wretched scenario that makes for compelling viewing right through to the shocking finale.

In a devastated industrial wasteland somewhere in Kazakhstan, Nagima, (Dina Yukubayeva) a young migrant worker is abused daily in the kitchens of a local restaurant, by a Kasakh equivalent of Gordon Ramsey. At night, she is greeted by social alienation in an iron shack, the TV her only companion apart from neighbours, Ninka (Galina Pyanova) a pragmatic Kazakh prostitute, and pregnant Anya (Mariya Nezhentseva), another immigrant.

When Anya goes into early labour, the girls rush her to the local hospital where they receive short-shrift from the portly ‘jobsworth’ matron who demands documentation. But a doctor takes pity on Anya, who dies delivering a baby girl. This tragedy sparks Nagima to seek out her own biological mother; another unsympathetic female who offers no comfort or shoulder to cry. Inured to the pain of rejection, the worn-down Nagima then turns to her on/off boyfriend, Abai, whose tentative message of love, prompts her to return to the orphanage in a bid to adopt Anya’s baby. Here again, she meets rejection from the ‘powers that be’ but leaves with baby Mila, with the putative idea of finally creating a family for the three of them.  The unremitting pessimism is relieved by Sayat Zhangazinov’s able cinematography and a pared-down minimalist aesthetic which at one point sets Nagima on the summit of a vast grey concrete hillside, emphasising her fragility and insignificance in the scheme of things. In this vast and hostile terrain, the cast perform with a purity of expression completely devoid of histrionics, allowing space and serenity to contemplate the desperate struggle of these hapless individuals in this humanist portrait. MT