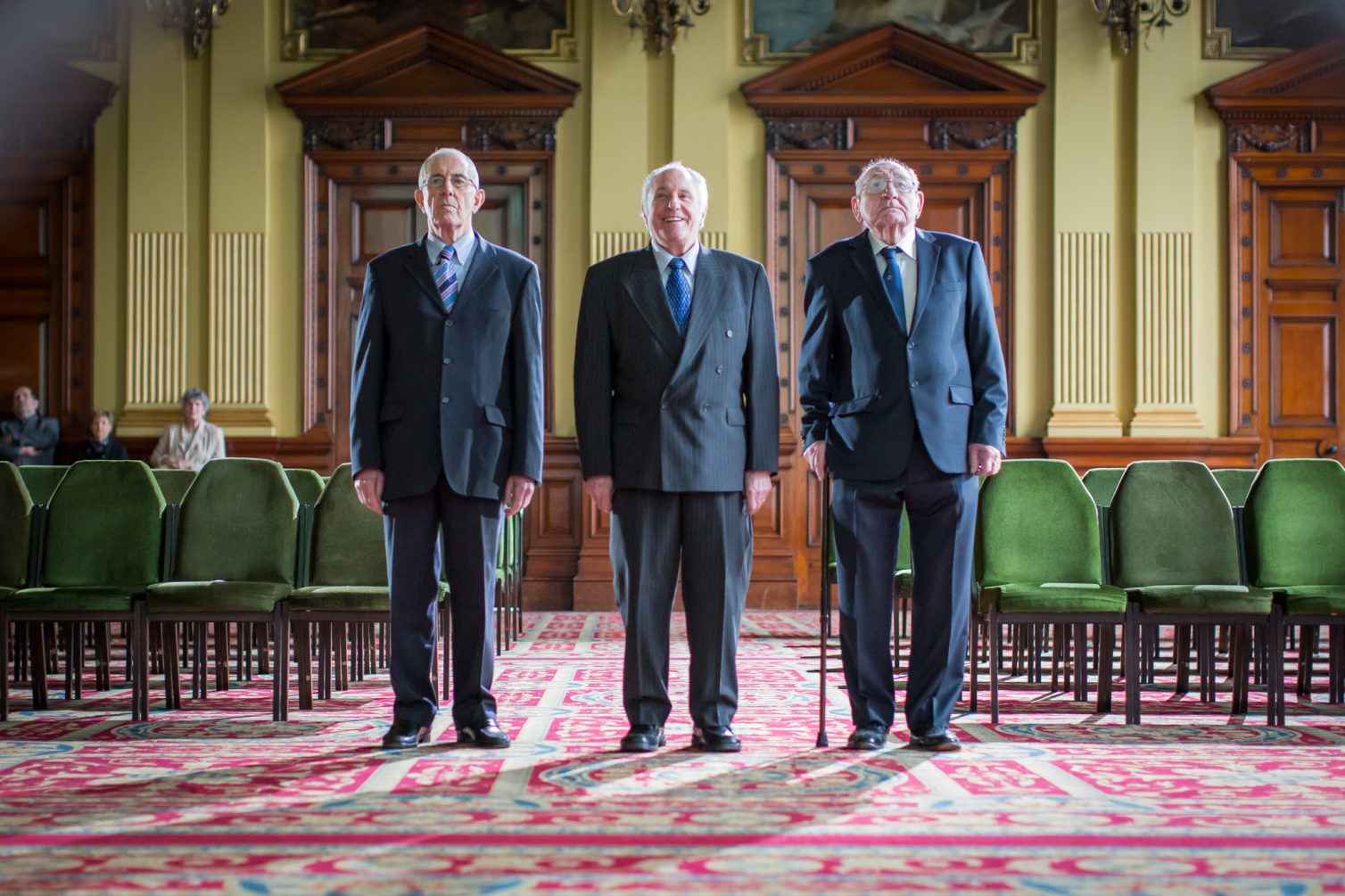 After Pinochet’s Army and Air Force bombed the Presidential Palace of La Moneda in Santiago de Chile overthrowing the Allende’s government on 11.9.1973, the General started a regime of terror, torture and mass murder. But the planes employed to bomb the seat of Government were infact British-made Hawke Hunters, maintained in a factory in East Kilbride, near Glasgow. When engineers discovered, in March 1974, that four jet engines were due to repaired and sent back to Chile, they took action.

Apart from some CGI docu-drama, Sierra and DoP Peter Keith stay on a very human level with those that took part; and there’s dry humour in the animation sequences. Engineers John Keenan, Bob Fulton, Robert Sommerville and Stuart Barrie wrote ‘Blacked’ on the engines and started a protest. But they were aware of the full impact of their actions until Felipe Bustos Sierra, a Belgian born son of Chilean emigrants, took a closer look. After a short film of the subject in 2014, his debut feature documentary tells a harrowing, but moving story. In London, like in many European cities, big demonstrations against the military Junta were being held, and Allende’s widow Hortensia Bussi spoke to a big crowd in Trafalgar Square. British Doctor Sheila looked after Allende supporters in hiding. She was captured by the army and tortured in the notorious Villa Grimaldi near Santiago.

After her release in 1975, the human rights infringements in Chile came to light, and made the four Scotts even more adamant about keeping the engines in the East Kilbride factory. What they did not know then, was that their actions had real repercussions on two levels. Firstly through the broadcast radio media that reached the prisoners in the Chilean camps camps. One of them, Dr. Arturo Jiron Vargas (1928-2014) was on the staff in La Moneda during the day of the overthrow. And he tells how they stayed with Allende until the end. Then the soldiers made them lay down on the ground in front of the palace, and given to believe that military tanks would roll over them. Vargas ended up in one of these camps where women were raped by dogs and mock executions were a daily event. The action (or better the non-action) of the Glasgow Four was a sign for Vargas and the prisoners, that they had not been abandoned.

Sierra also interviewed General Fernando Rojas Vender, a retired General and commander in-Chief of the Chilean Air Force under Pinochet. He is still proud of the precision bombing of the Palace by the Hunter Hawks but disappointed that he could not actively participate, since he was in control of ground forces. Before he became a General, Vender was a squadron leader of the Hawker Hunter planes, and he knows every detail. After September 1973, Vender was in charge of the operation to re-patriate the planes to Europe, a big problem, since they were not made to fly long distances. Soon Chile was involved in a border conflict with Argentina, and Vender had only three planes available. He admits that the four men in Glasgow were greatly responsible for the lack of numbers. When he was told by Sierra that the protest in East Kilbride was started by a Christian, Vender hit the roof: “somebody put this idea in his head, like with the Islamists today, they all behave like animals”.

In 2015, Keenan, Fulton and Summerville received the Order of Commander of the Republic of Chile, the highest decoration of the country, from the Chilean ambassador in London. Their four-year long boycott not only gave hope to the prisoners of the Pinochet regime, but hampered the efficiency of the Chilean Air Force. One of the engines involved, rotting away in Chile, was sent back to East Kilbride via ship, and greeted by the four. It will now continue its fight with the Scottish weather. AS

NATIONWIDE and at the ICA