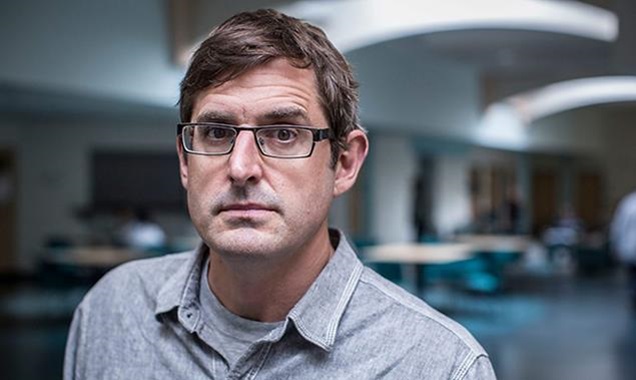 Scientology is a body of beliefs and related practices created by American science fiction author L Ron Hubbard, who lived from 1911 – 1986.

Well-known BBC documentarian Louis Theroux blows the roof of the Church of Scientology in this often hilarious exposé of the enigmatic organisation, made with the help of senior ex-members whom have subsequently ‘blown-out’ (been ejected or forced to leave). This is Theroux’s first big screen outing and together with a running time of 99 minutes, the piece  successfully employs the elements that elevate it to feature status: a significant theme of worldwide appeal; a serious Hollywood-style orchestral score, a three-act structure where the third act offers a significant turning point or dramatic nugget. And Louis has certainly achieved this transition to feature doc – ‘cum laude’, as they say in the US.

Louis Theroux is at the top of his game: he is accustomed to dealing with unusual, unpalatable or unexpected themes and all manner of human behaviour which he invariably handles with supreme skill, without offending or seemingly being offended. Non-judgemental in his approach, he elicits remarkable responses from his subjects, often coaxing or beguiling with such self-effacing charm the individuals remain unaware that they are being gently manipulated into revelations or admissions. He uses the same techniques here with often remarkable results.

For MY SCIENTOLOGY MOVIE, Louis politely requested ‘The Church’s collaboration, but apparently they have flatly turned him down. But he won’t take ‘no’ for an answer, even when he’s simply trying to deliver a letter to the Church’s headquarters in Los Angeles, California. Accused of trespassing on a public road, he eventually turns the tables on his accuser, a senior member of the Church, ‘allowing’ her to stay, rather than drive away in her car with the words: “it’s ok, you’re not trespassing”. When she asks: ‘why are you filming us?’. Louis responds with superlative politeness: “Why are you filming me?” In short these guys are not going to ‘shut his butt down’ on the fascinating subject-matter that he has come to explore.

In order to offer enlightenment and understanding as to the Church’s methods, Louis and helmer John Dower, use actors to role-play the characters and experiences of the ex-members – including one who “finds it easy to tap into a well of anger” to play the part of the current Head David Miscavige. In this way, Louis sheds light on an organisation which exerts control over its members, non unlike those of the Mormon religion, often keeping them from leaving using similar techniques. John Dower uses inter-titles to put the salient facts forward and there is recent archive footage from the Hollywood-style films that L Ron Hubbard created to promote the Church’s activities. What emerges is intriguing and alarming but Louis always keeps the tone light even when he is openly vilified by his collaborator Matt, an ex-senior official, who emerges as somewhat of a narcissistic individual, a personality type the Church seems to attract amongst its followers. Tom Cruise is a close friend of David Malsavige and another senior member who, we learn, has spent around 1 million dollars on courses to rise to the senior echelons of the Church. What transpires in Louis’ documentary will certainly give audiences food for thought and a better understanding of this arcane organisation. Who knows: You may even consider joining. MT