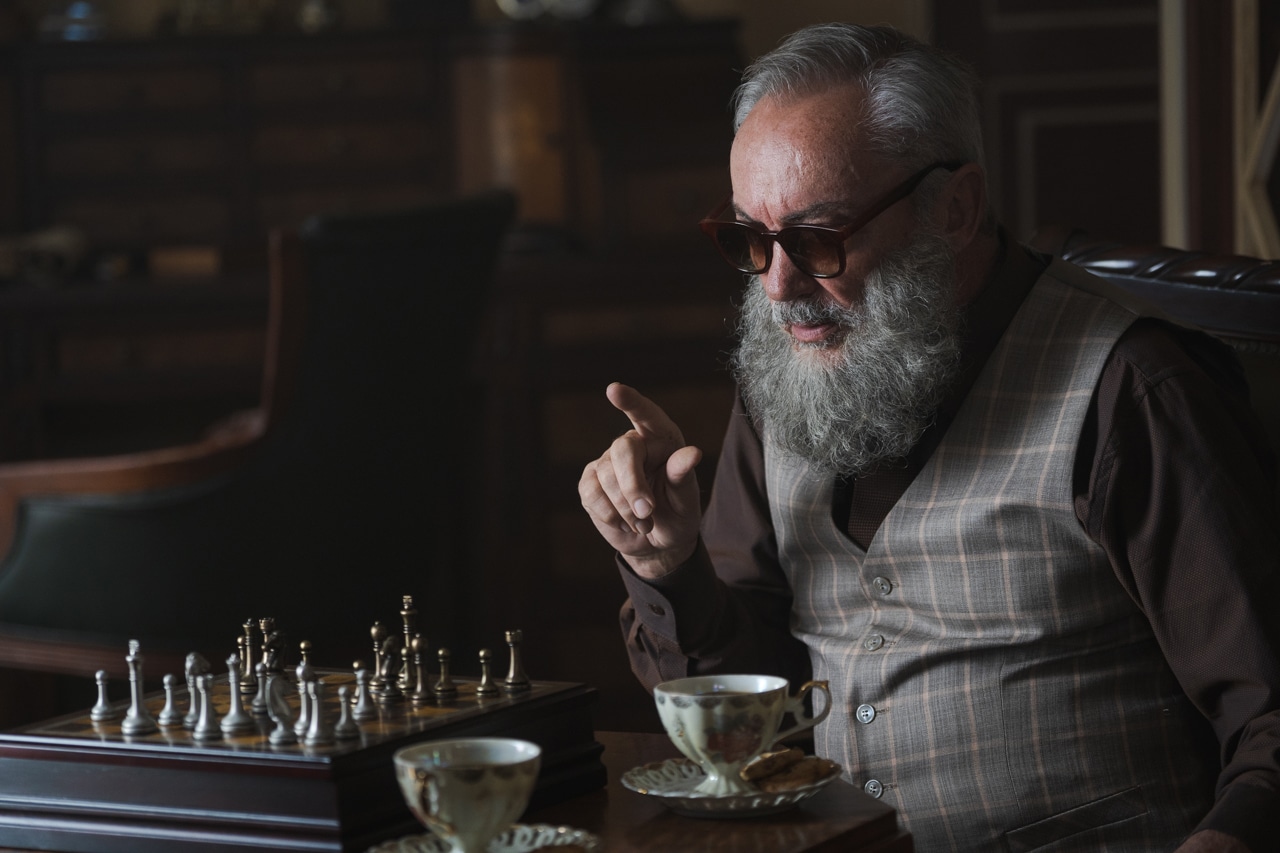 Udo Kier adds a certain twinkly allure to this rather saccharine tragicomedy about a concentration camp survivor who suspects his neighbour of being a war criminal – Adolf Hitler, no less.

Israeli director/co-writer Leon Prudovsky clearly thought it was a good idea to make an upbeat film about the Holocaust after so many understandable tragedies. A shame then that My Neighbour Adolf comes across as a tonal misfire that could have worked better as a sinister thriller or a wacky comedy – some may indeed find the glib 1960s set feature rather tasteless. On the plus side it’s got Udo Kier as the offending ‘man next door’.

Somewhere in South America – possibly Colombia – the grumpy old Polsky (Hayman) is the sole survivor of a family that purportedly perished during the Holocaust leaving him to live out a placid existence tending his black roses transported from the homeland.

When not playing chess or chatting to the postman Polsky is puzzled by his new German neighbour Mr Herzog – a dead ringer for the infamous Nazi leader. But his efforts to probe the man’s background come across as clunky and insubstantial, and are drawn out right until the finale, Kier stealing the show as a cantankerous old bugger whose vulnerability occasionally adds a certain charm. But David Hayman gets most of the screen time with his curious accent – leaning towards Scots rather than Eastern European – forced to compete with the insistent, irritating score. MT