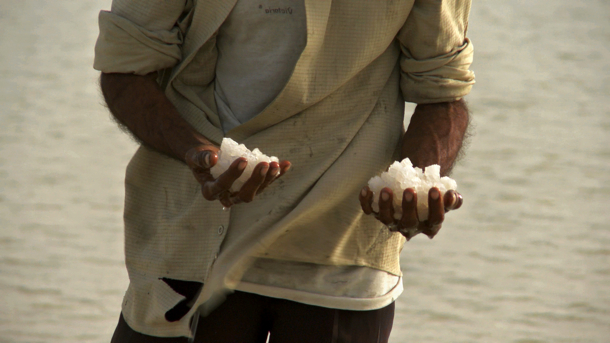 An impressive if somewhat languid feature debut, My Name Is Salt details one of the thousands of families who head to the sparse deserts of Gujerat, India, every year to spend eight months extracting salt from the earth. As the film begins, the family unearths their equipment, left buried under the sand the previous year. At the end of the film, they will bury the equipment once more, their task complete. The monsoon season begins, and the family will wait to return the following year, ready to start the process all over again. The cylindrical cycle of their lives is highlighted by the film’s one opening title card, a quotation from Albert Camus’ The Myth of Sisyphus: ‘The struggle towards the heights is enough to fill a man’s heart’. It’s a more than fitting epigraph for a film which is concerned wholeheartedly with just such a struggle. 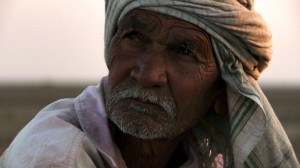 If nothing else, this strikingly shot observational documentary gives a real sense of the hard physical work involved in extracting the salt, and also the strong resolve of the workers. Their task is carried out manually, often directly with their hands and feet, and the film highlights the physicality of this process. However, the lack of contextualisation to the work we observe means that nothing more than a superficial understanding of the process is gleaned. In fact, it’s only at the very end of the film that director Farida Pacha gives us any information regarding the situation and location of the workers – not necessarily a problem within itself, especially given the beauty of the images, but the film’s objective observation does lead to a rather detached viewing experience at times. Still, an understanding of the family’s tough economic and socio-political situation emerges through the constant phone calls from the salt merchant, deepening the personal story at the film’s centre.

The film went on to win the festival’s Best Documentary award and, though not a totally satisfying experience, it certainly does mark Pacha out as a director to watch.