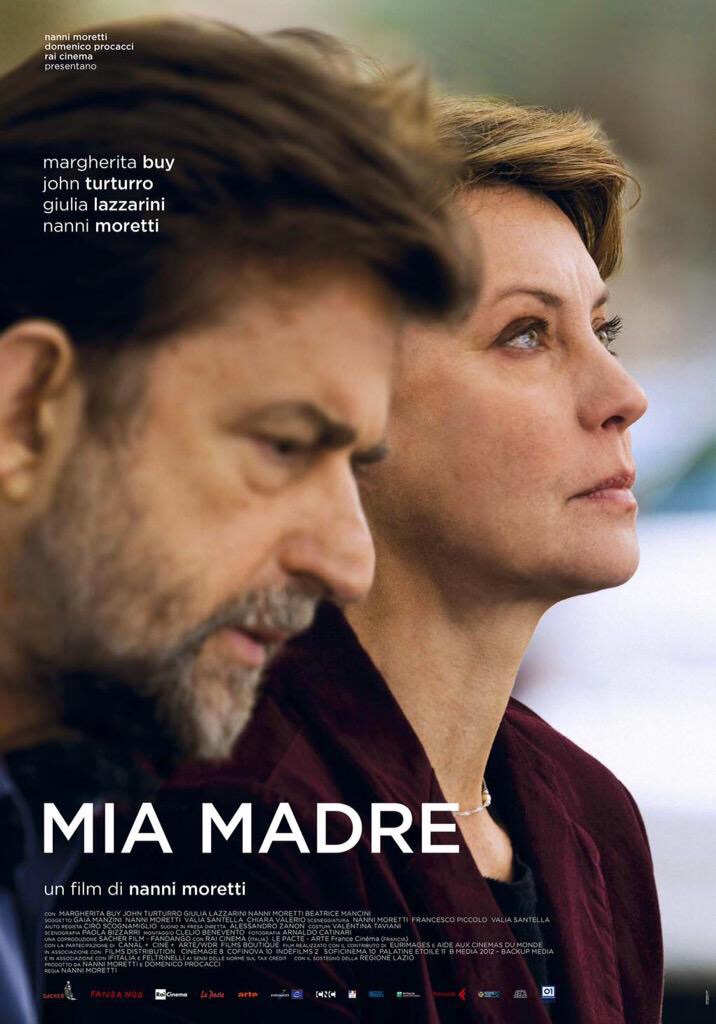 Nanni Moretti returns to his autobiographical style of The Son’s Room, for this family drama Mia Madre. This is not just a bittersweet tale of an old woman gradually slipping off her mortal coil surrounded by her son (Moretti) and daughter (Buy) in a Rome hospital. Wry humour and confrontation are injected into a story which explores the relationship between a director who is making a film while her mother is dying in hospital. Margherita Buy plays the director and John Turturro, her leading man.

Although Mia Madre lacks the gut-wrenching emotion of his Palme D’Or winner, The Son’s Room, this is another beautifully-evoked family story that brings subtly-nuanced intimacy, maturity and humour to the everlasting theme of grief and loss.  Nanni draws from his own life story and the piece is very close to home: Moretti lost his own mother while filming Habemus Papam. Essentially a four-hander, Buy is brilliantly cast here as an anxious, highly sensitive and driven professional who finds herself dealing with a teenage daughter while also moving out of her boyfriend’s flat. But the more she tries to be objective the more her filmmaking and her personal life collide. Moretti is understated as her brother Giovanni, in a laid back role that sees him languishing in the quiet resignation of his mother’s final hours. Margherita Buy is gentle yet gloriously neurotic as she describes her film about industrial conditions as “full of energy and hope” to her sceptical mother Ada (the veteran stage actress Giulia Lazzarini) who, despite the physical fragility of age, has clearly still retained her marbles and incisiveness of days as a teacher, in a full and well-rounded life that’s drawing to a satisfactory close. By contrast Margherita’s life is full of uncertainty, doubt, trauma that feels very real today.

John Turturro plays her lead actor in her film – an American ‘star’ Barry Huggins, who lightens the constant hospital visits and high octane emotion with his scatty take as a factory owner tasked with mass redundancies, while also struggling with his own demons as an actor. Full of insight and restraint, Mia Madre provides surprisingly enjoyable, grown-up entertainment. MT