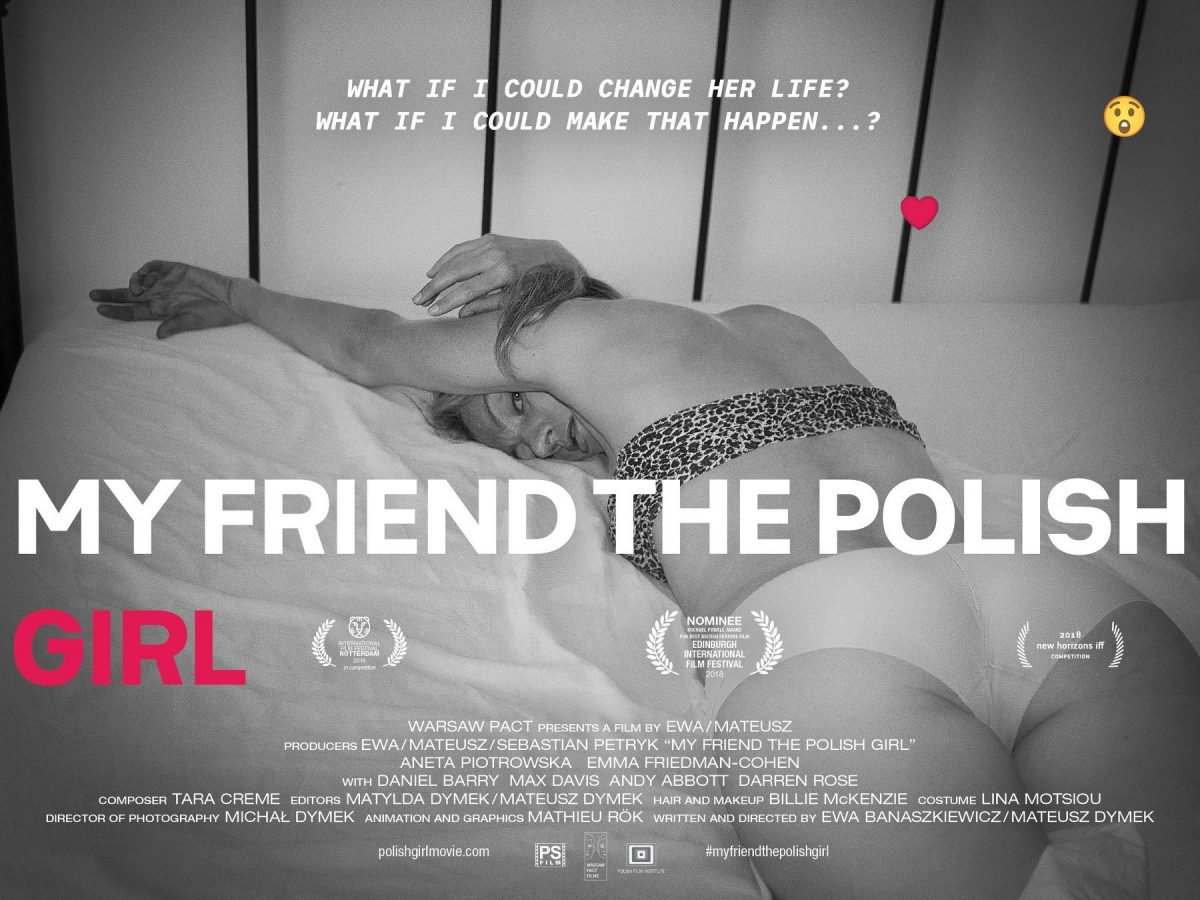 Ewa Banasziewicz and Mateusz Dymek have directed written and produced this sometimes uneven cinema verite style mockumentary that explores whether the documentary form can ever be objective: or does the filmmaker always influence the outcome with their own subjectivity? Shot mostly in black-and-white by Dymek, with enchanting animation by Mathieu Rok, My Friend is aesthetically much more convincing than its sometimes questionable narrative.

New York filmmaker Katie (Friedman-Cohen) lives in London where she picks the Polish actor, thirty-something Alicja (Piotrowska), as the central focus for her Brexit-themed documentary. But nothing goes to plan: first of all Alicja, (who is living with her boyfriend (Barry) in the Edgware Road), tells Katie that he is suffering from terminal cancer. Michael then denies the gravity of his illness and moves out, not wanting to be filmed by a very intrusive Katie. The two women have not always got on together so Katie decides “to change” Alicja’s life, by introducing her to a group of filmmakers at the Groucho Club. Alicja is going to play a Russian prostitute (her seventh casting in this role), and shooting is due to commence, but when it does, Michael’s condition worsens with Alicja trying in vain to stop the cancer by buying expensive alternative medicines from a Harley Street doctor. To no avail, he dies and at the rather embarrassing wake for Michael, she meets his friend Max (Davies), who stays the night. By now, Katie has moved in with her girlfriend, both declaring they are misfits. But when Alicja is suddenly fired from the film set, she also runs away from Katie who is forced to use a false ending (Alicja’s suicide) to finish her film.

Despite their best intentions the portrayal of the complicated relationship between documentary filmmakers and their subjects sometimes falls victim to rather bad taste, such as in the faux-sex scene between the two women in Alicja’s bedroom. But the female leads are so convincing in portraying their obsessive relationship they somehow manage to overcome this setback. Overall, My Friend is a brave attempt to discuss the essence of documentary filmmaking, and, in spite of everything, it is a very worthwhile watch. AS