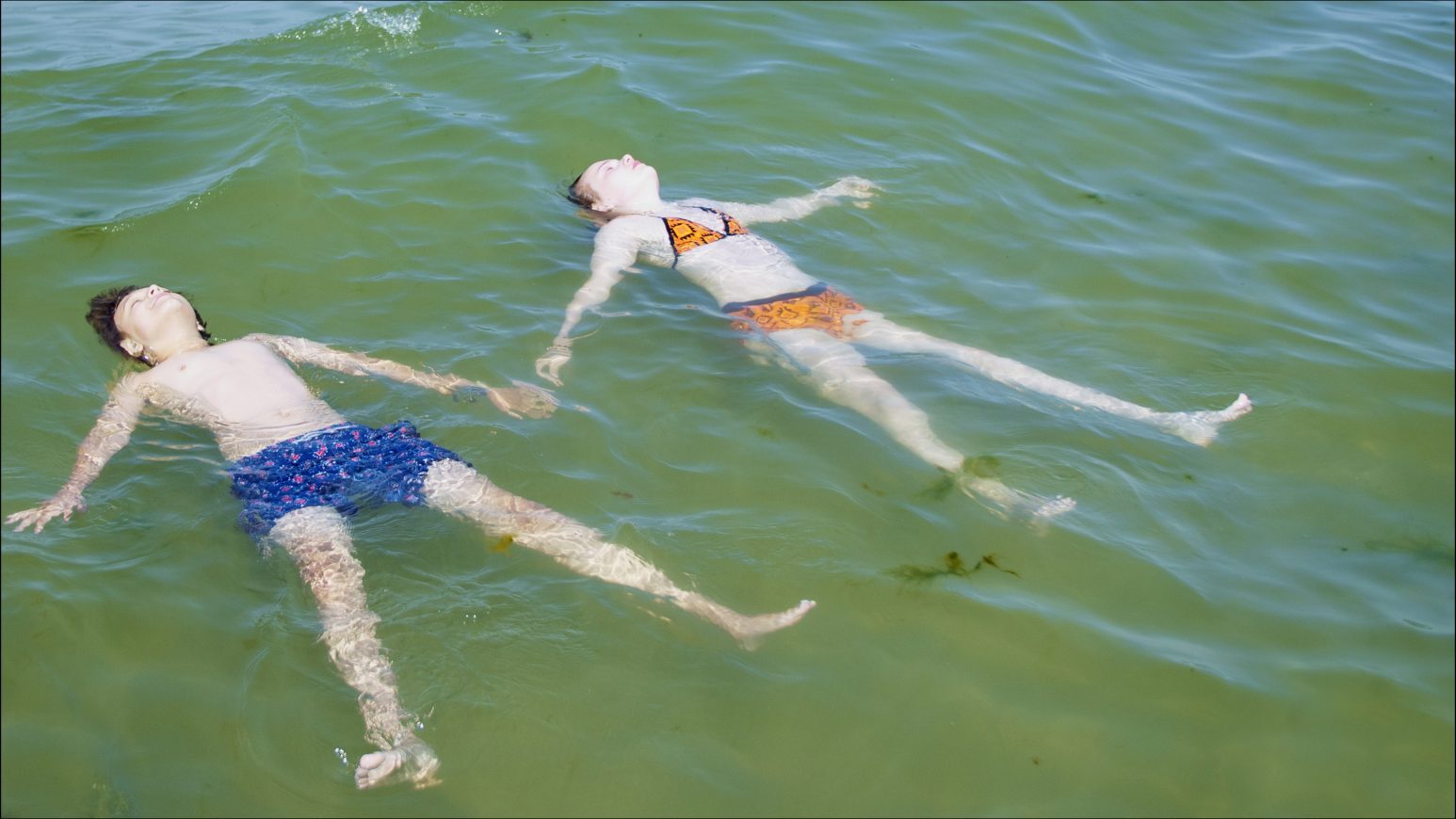 South Holland (Zeeland) has some fabulous islands and white sandy beaches and provides a sun-baked summer setting for this coming of age story based on the book by Anna Woltz and directed by Steven Wouterland, one of Variety magazine’s 10 Europeans to watch.

Young teenager Sam (plucky newcomer Sonny Coops Van Utteren) arrives with his family and gets to know Tess who is slightly older than him, and on holiday with her feisty mother. The two will spend more and more time together after Sam’s older brother Jorre is confined to a wheelchair on day one of the summer holidays, with a broken leg.

Wouterlood and his cinematographer Sal Kroonenburg create a terrific sense of place in the glorious soft dunes and wide-open windswept seascapes of Zeeland. It’s a back to nature sort of place where cycling, wind-surfing and horse-riding are the order of the day. And the the two muck about on the beach, getting to know each other, Sam is a thoughtful young teen and clearly more emotionally mature than Tess gives him credit for, when he warns her not to flirt with his brother, who has a girlfriend back home. But the mood soon becomes more introspective when Tess lets on that her father is no longer on the scene, and she’s not sure where he is. For his part, Sam admits that he worries about being alone and outliving everyone else, as the youngest in his family. For that reason, he’s practicing being alone and developing a sense of sell-reliance he calls “aloneness training”. But Tess soon cheers him up with her very own madcap scheme involving a quiz. This appeals to Sam who is a mine of useless information. And suddenly being alone is not an option anymore. But despite all this Sam makes a drastic decision that puts his close friendship with Tess in jeopardy. It will change Tess’s life forever.

With an original score that very much sets the tempo for this footloose adventure, MY EXTRAORDINARY SUMMER is an upbeat film that handles its tonal shifts with dexterity and is not afraid to explore more serious themes such as loneliness, love and even death. There are moments of fun, frivolity and sadness too in a well-crafted story suitable for the over 10s. MT