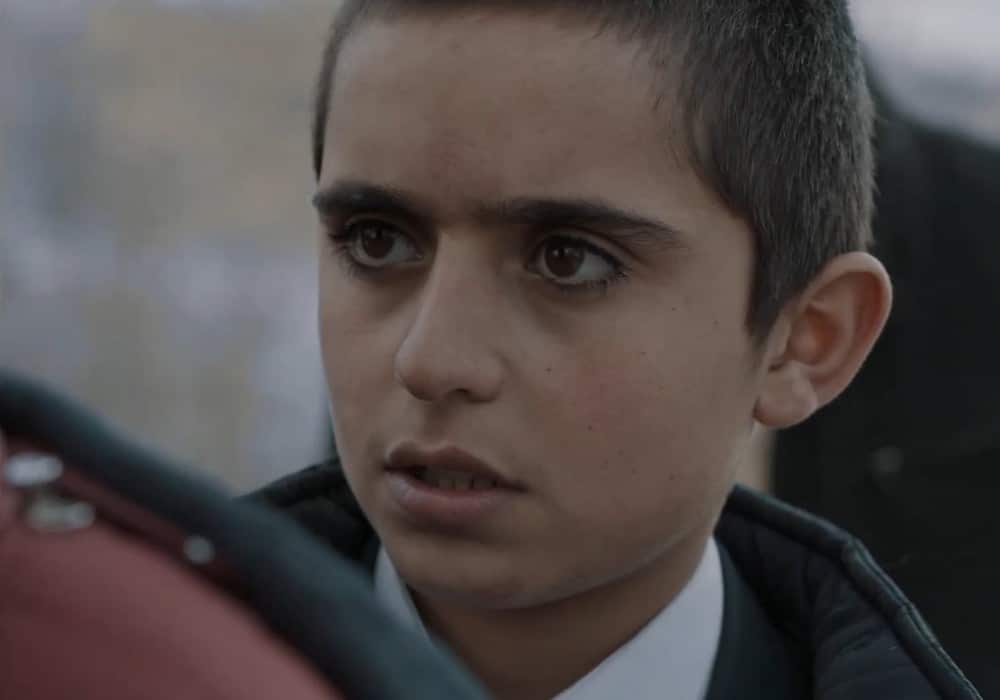 Ferit Karahan’s stunningly captured second feature takes place in a draconian boarding school deep in the snowbound mountains of Anatolia. Bringing back memories of many British public schools where caning and freezing cold showers were commonplace, this study of cold-hearted repression serves as an artful metaphor for the ongoing conflict between Turks and their Kurdish underclass whose cultural identity has been repressed since the 1980 coup.

In this chilly hellhole – and the cold here is palpable – Turkish teachers subject the poor but gifted Kurdish pupils to regular beatings in spartan conditions where internet connection is random. Once a week, the boys are allowed to shower, and on one such occasion twelve year-old Memo catches a chill in the freezing dorm and by the morning is very ill indeed. His friend Yusuf tries to alert the masters to the boy’s plight but they carry on their collective neglect of Memo’s condition – so desperate are they to keep up the macho facade – until the boy becomes unresponsive, along with the mobile connection to the emergency services.

The tension is spiked by moments of hilarious situational humour – one involving a repetitive slipping sequence, another sees a puppy repeatedly trying to suckle its recalcitrant mother – Karahan – himself a Kurd – uses his largely non-pro cast to impressive effect. Elegantly framed and bitingly relevant this tightly packed drama unfolds in 85 enjoyable minutes. My Brother’s Keeper is an intelligent piece of film-making that makes impressive use of a low budget to create a memorable gem. At the heart of the story is Samet Yildiz’s haunting performance as Memo’s friend Yusuf, a boy whose knowing expression and sad eyes seem to speak volumes for the continuing plight of the Kurdish people. MT