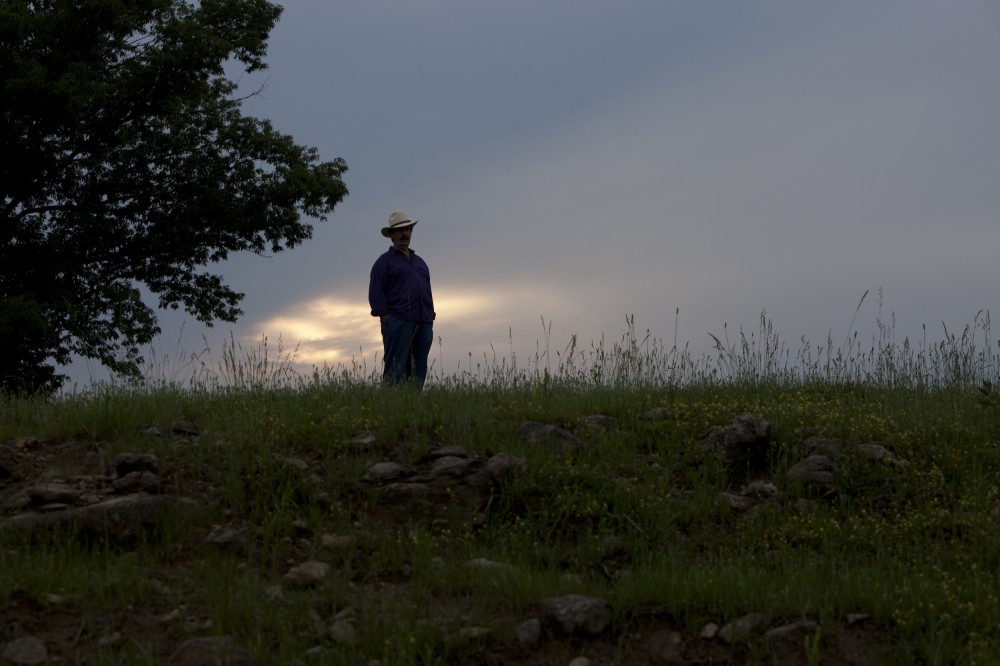 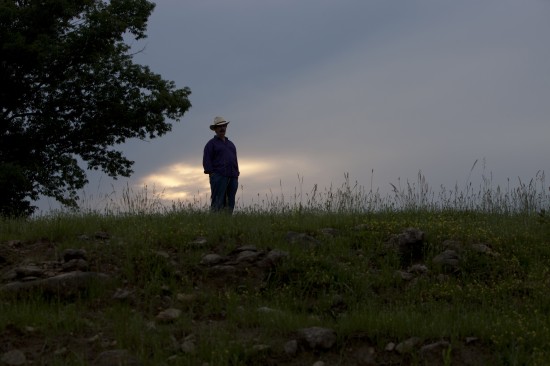 Muscle Shoals is a town in Alabama where a particularly magical alchemy is at play. In the ambience, the soil and the river there’s an magic ingredient that allows for some of America’s most creative and defiant music to be made and recorded in the internationally acclaimed ‘Fame’ recording studio.

Greg “Freddy” Camalier’s passionate documentary charts the success of the studios and the artists who have recorded there seen through a tale of one man, Rick Hall. His determination and sheer dogged perserverance in the face of his tragic family background, got the whole phenomenon off the ground.  Despite setbacks, he placed the studio squarely in the firmament of stars of popular musical history as a haven for Black and White musicians to come together and make original music, backed by The Swampers, a caucasian band with a Black sound (“There was a misnomer that they were all Black, but they weren’t”).  This helped to sooth racial hostilities in a time where working together was considered unthinkable with ‘Blacks and Whites’ being segregated in the community.

Rick Hall started as a musician who was rejected by his band for being an “all work and no play” type of guy. So he set up FAME in the late 1950s and hit the jackpot over night with the success of breakout hit “You Better Move On”. As a music producer, he’s the equivalent of Stanley Kubrick: his thoroughness, inscrutable attention to detail and meticulous editing skills are at the heart of his success but occasionally make working with him a difficult process: “I thrived on rejection”, “I know that if they put the phone down unimpressed, they would never take another call from me.”

Combining startling original footage, intercut with candid commentary from the likes of the ubiquitous Bono, Clarence Carter, Aretha Franklin, Mick Jagger, a particularly engaging Keith Richards, Candi Staton and Steve Winwood and legendary producer Jerry Wexler. This is a thoroughly enjoyable music documentary and Anthony Arendt’s photography conjures up a real feeling for the natural beauty of the place set quietly on the Alabama River, Tennessee. Called the “Singing River” by Native Americans and it’s easy to imagine how this soothing setting can induce a positive effect on all who visit. He is also responsible for the visuals in Avatar, Larry Crowne and music vids for Lenny Kravitz and Elton John. 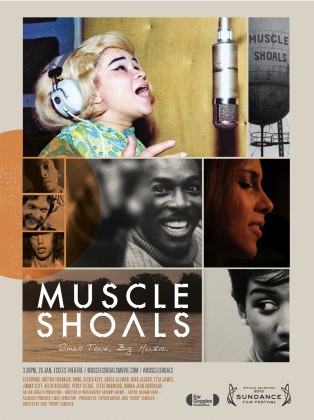 Camalier has never attended film school so Muscle Schoals is born from is own instinct and visual sensibilities as well as from an appreciation for the art form.

So enthused is he with his theme (he spent four years on this project) that he occasionally gets over-excited and introduces inappropriate forays into Hall’s ersonal life which, while adding insight, feel rather maudlin and incongruous with the otherwise upbeat tone of the piece.  The last half hour or is a tad repetitive as he literally runs through a litany of artists who’ve recorded there.

That said, this debut doc is so  brimful with effervescence and charm it seems churlish to to criticise Camalier’s endeavour which brings storytelling and music together in a cogent and informative piece of filmmaking that charts iconic sounds of R&B, Pop and Rock from the fifties right up to the present day with classic hits such as “Brown Sugar”, “Mainstreet” and “When A Man Loves A Woman”. MT