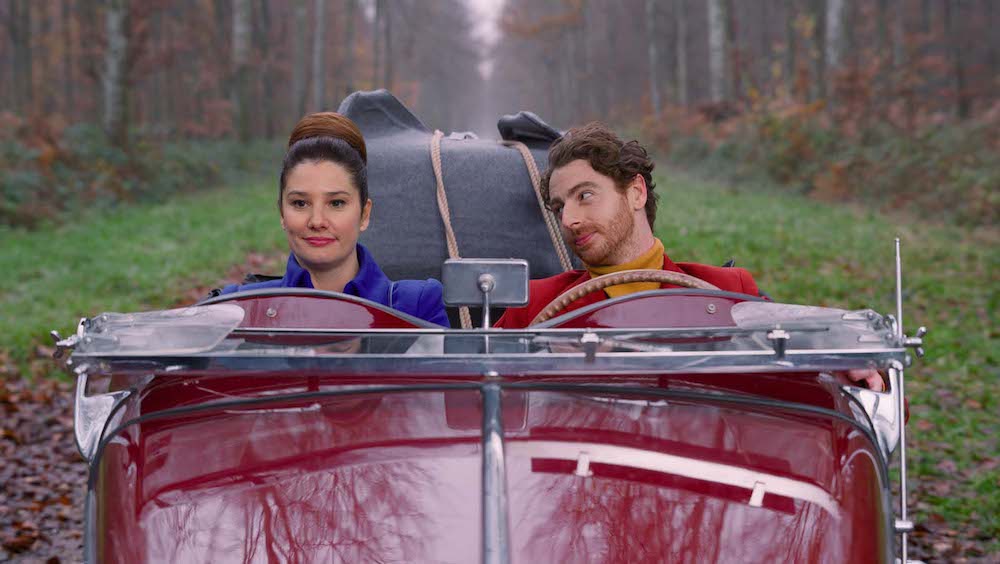 With the jaunty wit of US TV sitcom ‘Caroline in the City’ and the colourful look of Wes Anderson’s this inspired comedy drama is the feature debut of TV writers Nicolas Pleskof and Elsa Marpeau.

It follows Jeanne, an architect and engineer, whose latest scheme is the redesign of a 19th century mansion and home to the Daguerres, a strange family at the head of a board game empire. Enlisting the help of her mother Josephine (Miou Miou) to put the final touches on the model Jeanne motors into the countryside to meet the scion Cesar Daguerre, a morose moustachioed monster decked out in tartan whose fortune comes from toys and games.

But Jeanne’s presentation doesn’t go down well and Cesar challenges her to a round of Russian roulette that goes mysteriously wrong, the whole family finding themselves locked in the walled and crenellated confines of their home to play the ludicrous ‘murder party’. This involves a series of announcements over the tannoy goading them to decipher the riddles in a bid to track down Cesar’s ‘murderer’ before they in turn ‘die’.

Jeanne is the only dispassionate player and has no time for all the hysteria that ensues. Alice Pol is brilliant as the spunky Jeanne striking just the right balance between kookiness and steely control. Joining forces with his Cesar’s son Theo (Pauly) she finds herself dealing with a family hellbent on settling long-standing scores, bringing to mind the mischievous playfulness of Francois Ozon’s Eight Women set in a scenario reminiscent of Bruno Podalydes’ Le Perfume de la dame en noir. The riddles are entertaining and take their inspiration from Agatha Christie, Cluedo or even Trivial Pursuit but the repercussions are often sinister so it’s down to outside Jeanne to save the day. Driven forward by a furious percussive score and some artful camerawork from Gilles Porte and Jeremie Duchier’s set design this is an amusing tragicomedy that doesn’t pretend to be anything deeper. MT