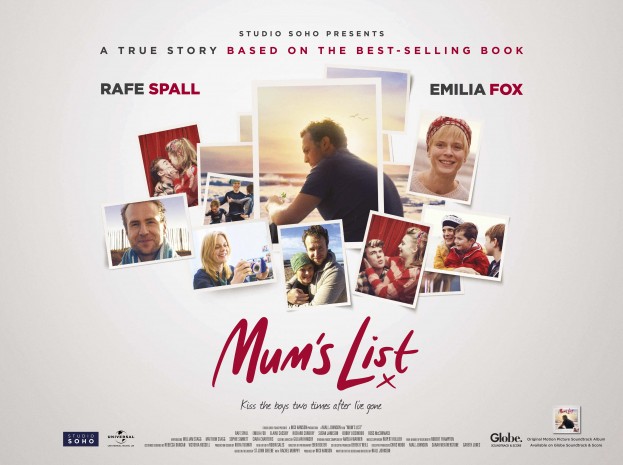 To-do lists and highly personal catchphrases are the legacy Kate Greene (Emilia Fox) left a likeable husband and well-behaved kids in Niall Johnson’s soppy but thoughtful tear-jerker depicting her final months before succumbing to cancer, aged 38, in the idyllic coastal town of Clevedon, Somerset. It would be churlish to criticise this efficient film based on the bestseller by husband and teenage sweetheart St John Greene (Singe), an appealing Rafe Spall. The story flips between the couple’s whirlwind romance as gooey-eyed teens, and the weeks before and after Kate’s tragic death. Don’t expect much backstory on the family’s real life: this is a tribute to Kate’s never-ending dignity. Tissues at the ready. MT

ON RELEASE AT SELECTED ARTHOUSE VENUES FROM 25 NOVEMBER 2016