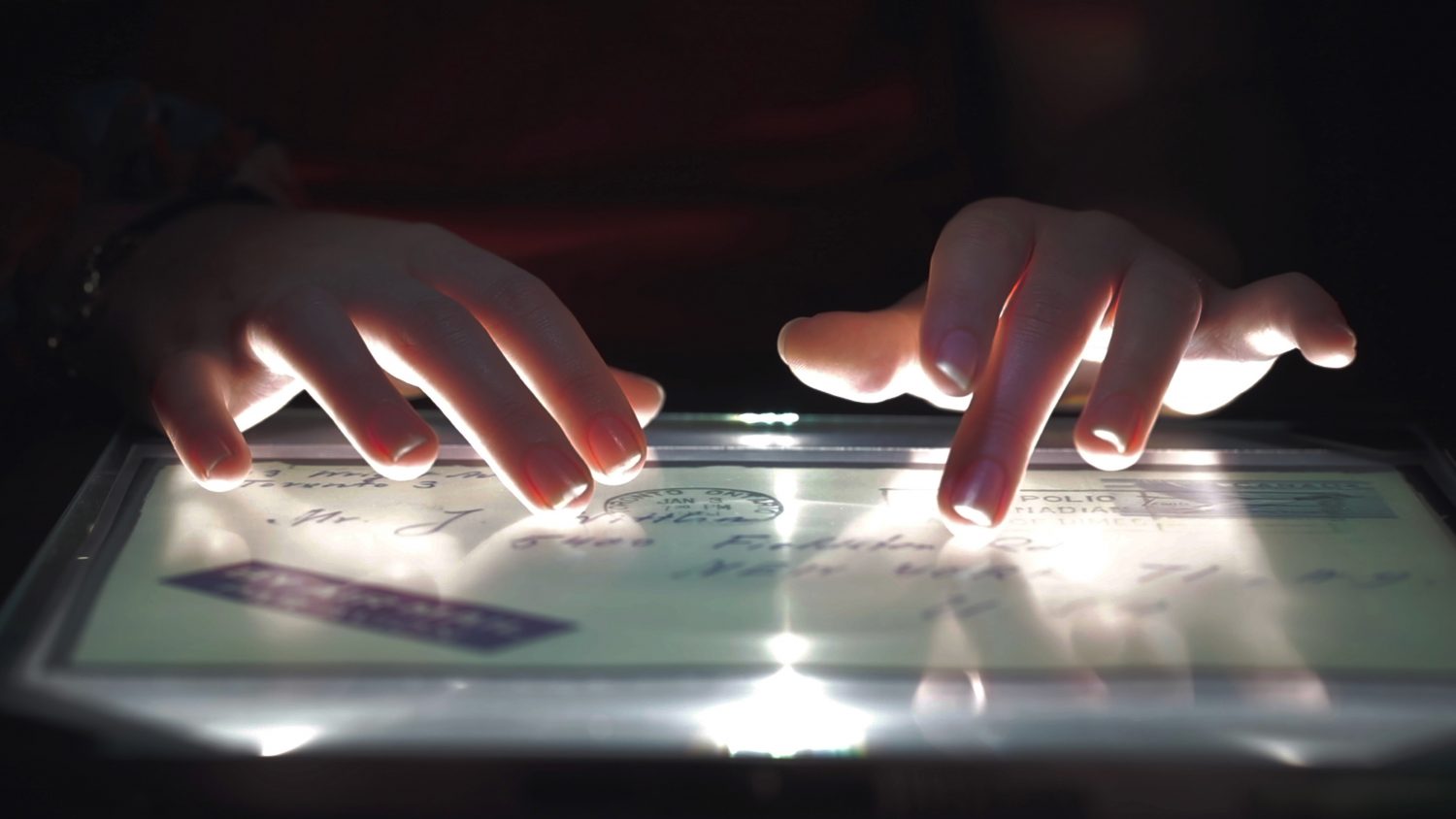 MS Slavic 7 is an intriguing title for a film. It refers to the catalogue number of a collection of 25 letters archived in Harvard University’s Houghton Library, and written by the director’s great-grandmother, the Polish poet Zofia Bohdanowieczowa, to her fellow poet Jozef Wittlin during their exile after the Second World War.

This melancholic essay film is a paean to poetry and displacement, and the filmmaker Sofia Bohdanowiez and co-director/lead actor Deragh Campbell do their best to bring the correspondence  to life. Wittlin (who lived in NY City) wrote between 1957 and 1964, first from Penrhos in Wales, then later from Toronto, Canada. Sofia is the literary executor of her great-grandmother’s output, and in this function she visits Houghton Library, meets a Polish scholar (Danby) and has a few contretemps with a Polish lady (Rucker), whom she has meets at a get-together of elderly Polish exiles.

The trauma of permanent exile is documented in Zofia’s letter to Wittlin after she arrives in Toronto: “I still don’t write, I am still exhausted by the change, and feel like a fish out of water. I have always been terribly provincial and sedentary. Even in Poland, each trip to Warsaw terrified me, and only when coming back to Grodno where the crew changed and a train inspector had asked me melodiously: ‘tickets, please’, it felt like home”. In another letter she thanks him for sending her a photo comparing his gesture “with Polish bees”. Late she sends him “a hastily and confused letter” after the sudden death of her husband; with hopes that Wittlin “would be spared from parting and loneliness”. Later, she still complains about alienation in Toronto: “I sense a hostility in the grey city. The movement of the people and the traffic feels at once absent and menacing. Still, I hope that my stupid and sterile period is going to end soon”. When they meet for the first time “it is like an apocalypse”.

Sofia is rather less expressive when it comes dealing with her great-great grandmother’s letters, her discussions with the scholar (who ends up in her bed – both of them reading the letters) show her difficulty in grasping the poet’s personality – Sofia can only imagine what exile meant for ‘Zofia’.

One of Zofia’s last letters to Wittlin is very much like a testament: “Still, you are right indeed. There was a veil of sadness over our meeting. That might have been because Toronto (in my opinion) is a sad city. Or even because everyone has sadness in themselves – how could it be otherwise for people without their homeland nor families?. And then came this meeting along with the uncertainty if we would ever see each other again”.

Although the director’s own input is somehow hit-and-miss, Zofia’s letters provide compulsive reading with their thoughts from one permanently displaced person to another, piecing together their musings on a new place that is alien to both of them. Their homeland becomes a distant and poignant fading memory as they waste away slowly in the cold climate of exile. A valuable and worthwhile film that will offer comfort and context to all those living forced to live away from their families or in exile.AS