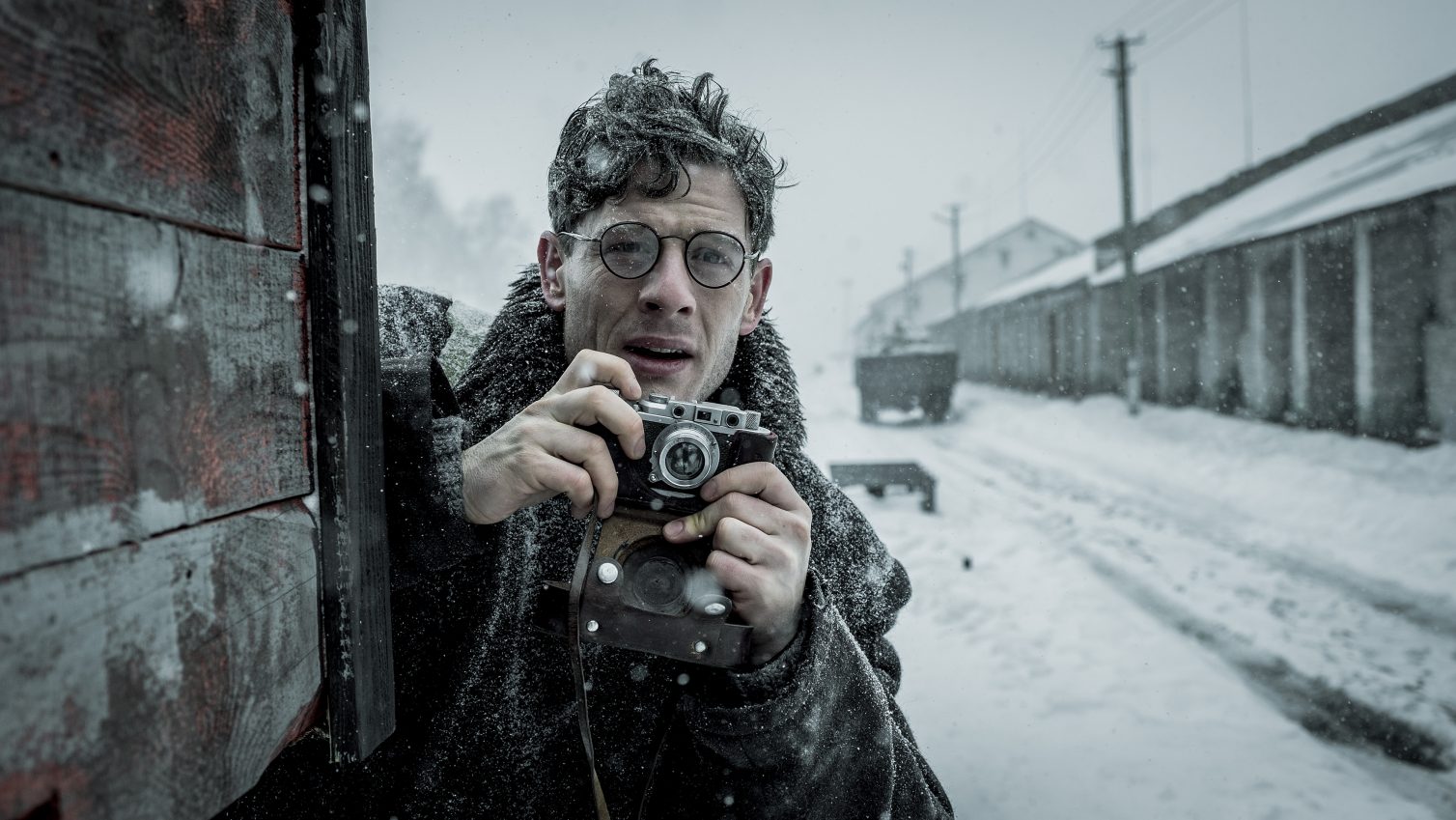 This riveting romp through Russian history follows a young Welsh journalist who ventured into the Soviet Union in 1933 to discover the sinister background to Stalin’s Communist regime. Stalin was feeding Moscow while millions of Ukrainians were dying of famine due to forced state control of their farms and food. Andrea Chalupa has been developing the script for 14 years, conflating the story with that of Animal Farm, based on her own book: Orwell and the Refugees: The Untold Story of Animal Farm.

The man in question is Gareth Jones (Norton), a respected attache of Lloyd George (Cranham) who sets off for Moscow where he comes up against pro-Stalin press supremo and Pulitzer prize-winner Walter Duranty (a cold-eyed Sarsgaard) tasked with keeping the famine under wraps from the World.

During his stay, Duranty invites Jones to luxuriate in the excesses of the State budget, but the Welsh gentleman gracefully declines, preferring the intellectual stimulation of one Ada Brooks, a journalist for the New York Times, and in thrall to Duranty. Against advice from all sides, Jones then makes a perilous journey south and nearly dies himself of hunger- and Holland makes this second act a gruelling one to impress upon us the suffering endured by the rural population, women and children. Jones then exposes the story to the World, via Randolph Heart, putting Sarsgaard’s nose out of joint. But tragedy is to follow – as it often does when Russian secrets are shared.

Holland’s ambitious attempt to pull the various strands together leaves a subplot showing Orwell writing Animal Farm slightly adrift, and the use of montage to invigorate the various train journeys is rather hammy. But the entertainment factor rides over the structural imperfections and superb performances make this a really entertaining romp. Norton is simply brilliant as Jones, a decent and persevering professional gifted with integrity and a pioneering spirit. Kirby also shines as the conflicted woman at the centre of the furore. In thrall to Duranty, she shuts down Jones’ romantic advances, unable to develop them, despite their chemistry. There is great support from Fenella Woolgard; Kenneth Cranham does Lloyd George with a charming Welsh accent; and Sarsgaard seethes with shifty antagonism tempered by a veneer of supercilious charm.

Shot in Poland, Scotland (not Wales) and in original locations in the snowbound Ukraine, the homecoming scenes in Barry with Jones and his father are particularly poignant. Chulapa’s script and dialogue shows an acute English sensibility. It’s a mammoth achievement. Agnieszka Holland works with her Polish craftsman to make this a thoroughly engrossing experience which flashes by despite a running time of over two hours. MT