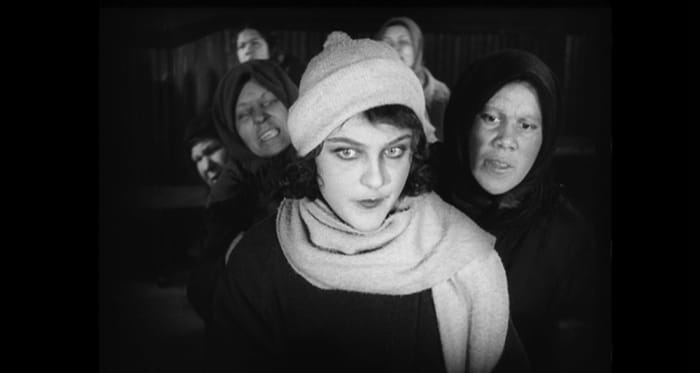 The Russian silent cinema does it again with this wonderful comedy also known as Girl With A Hatbox, and starring Anna Sten. She’s such a delight that one watches this film in awe at the near-genius with which Samuel Goldwyn managed to transform her during the thirties into such a pudding – and one of Hollywood’s biggest industry jokes – attempting to mold her into a second Garbo.

Moscow-born Boris Barnet was of British extraction and directed this second feature at the age of 24 having already trained as a doctor. His first film Miss Mend (1926) was over four hours long, this runs at a watchable 60 minutes capturing much of the detail of life in a bustling Soviet city in the same vein as Dziga Vertov’s Man With A Movie Camera which would follow two years later. 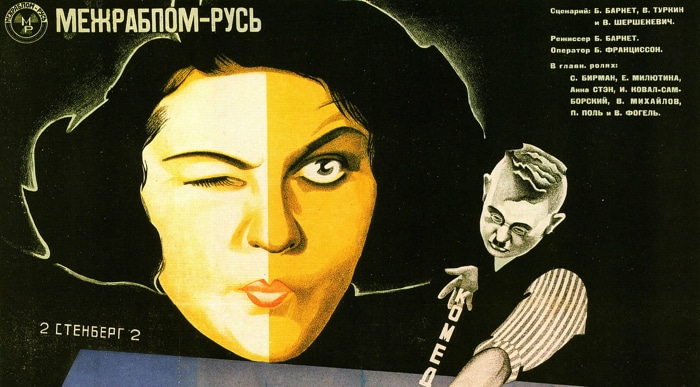 The film is a portrait of female empowerment. Contrary to the Soviet ideals of the day, money-making and personal enterprise are seen as key to happiness through the eyes of Sten’s Natasha, a lively business-like young woman living in the country with her grandfather, making hats which she sells to a milliner’s shop in Moscow. The hats are high-fashion, the shop owner ‘Madame Irène’ elegantly exotic and high-living. The action is fast-moving – there’s a lottery ticket, a lovelorn young station master, a penniless student (a fluid mover with fetching Petrushka-type felt boots), a lovable old granddad out of many a communist propaganda film, and a pompous husband. Above all there’s a tremendous feeling of fun. A romantic angle sees her pursued by two suitors: an incompetent railway employee from her local train station far outside snowy Moscow whence she commutes everyday to her millinery shop; and a good-looking student whose rent she helps to pay.

Barnet throughout makes dynamic use for comic effect both of the frame and of the movement of characters within it, both indoors and out in the snow; an additional bonus being the fleeting views of twenties Moscow provided in some of the outdoors scenes. The entire cast throw themselves into the proceedings with infectious gusto; and one would have liked to have seen more of Eva Milyutina as the maid, Marfusha. Richard Chatten.