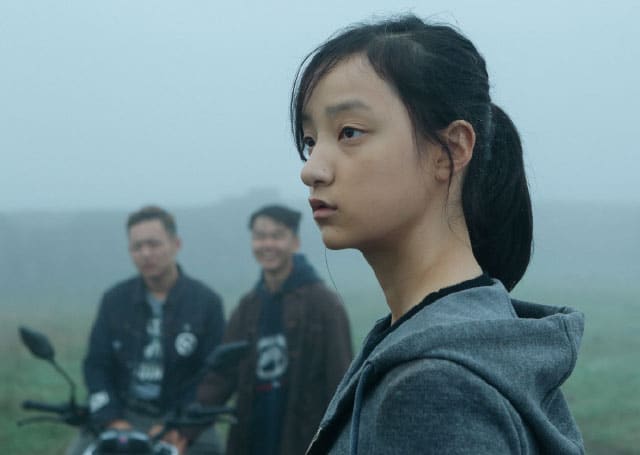 Zhai Yixiang’s sophomore feature is an enigmatic experience to say the least and aptly named, its fractured pieces never quite slotting together. In provincial China miopic teenager Xu Ying (Zhang Tongxi in her screen debut) discovers she is pregnant and accuses one of the teachers in her school.

Blurry, unfocused camerawork point to the nebulousness behind her claims, suggesting she might not really know the true identity of the father, or even care. Her largely absent migrant worker father Guangjun (Wang Yanhui decides to embark on a fruitless attempt to scope out the culprits but gets short shift from the headmaster. But the situation then comes to attention of a reporter from the nearest big city Jia (Wang Chaunjun) who starts to show an rather uncalled interest in the case by putting pressure on the school and the local police

Clearly an attention seeker Ying then steps back from the affair and having proverbially thrown the toys out of the pram seems totally ambivalent about what happens next. But her intentions are clear. She is making a protest about mainland China’s male dominated society that enforces a State controlled One-Child Policy.

But this is not a mystery whodunnit and once the identity of her baby is revealed Zing heads for the big city where she takes solace in the female centric surroundings of a home for women down on their luck. This visually appealing segment delicately captures the lives of the local Chinese girls and Zhai excels in his female gaze on proceedings that avoids sentimentality but marks this out as more of a meandering mood piece than an involving piece of storytelling, once its social comment has been made. MT