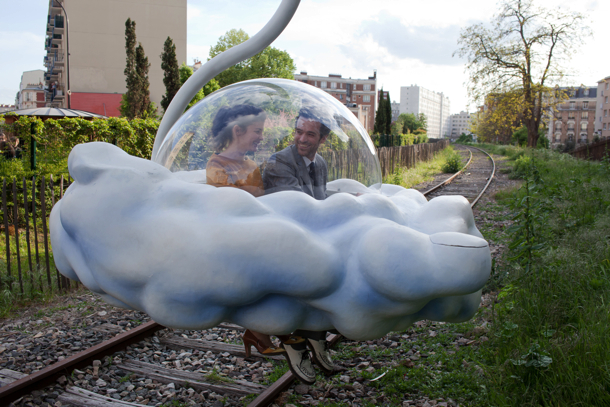 Audrey Tatou and Romain Duris team up again for this surreal tale of emotional love. Sex and lust are replaced by the heartfelt tenderness of romantic devotion; better summed up by the title l’Ecume des Jours (Froth on a Daydream), Boris Vian’s cult novel, on which it was based. You will either totally buy into its poetic retro charm (which does rather overstay its welcome at over two hours), or find it tedious in the extreme.

A wealthy young man, Colin, (Romain Duris) falls head over heels for the delicately coy Chloé (Audrey Tatou). But after a mysterious floral growth in her lung requires her to be perpetually surrounded by fresh flowers in order to survive, Colin’s financial means comes under severe strain. An upbeat jazzy start sees Gondry’s stylistic fantasy slowly shift in tone from fluffy romcom to shades of mournful melodrama as sullen clouds darken the lovers’ world, turning their florid love-song into a faded and poignant elegy, strangled in bindweed.

This is not the first screen adaptation of the novel, Charles Belmont made the film in 1968, featuring Vian’s wife Ursula as a nun. Go Riju also crafted a Japanese version in 2001. But Gondry’s film feels typically French with its light-hearted whimsical approach evoking the Parisian outings of the fifties and sixties. Technical effects are superbly inventive and Duris and Tatou are perfectly cast for the fun-filled slapstickery, and equally good when it all  darkens to cutesy pouting and tear-welling tristesse. You may even shed crocodile tears… MT