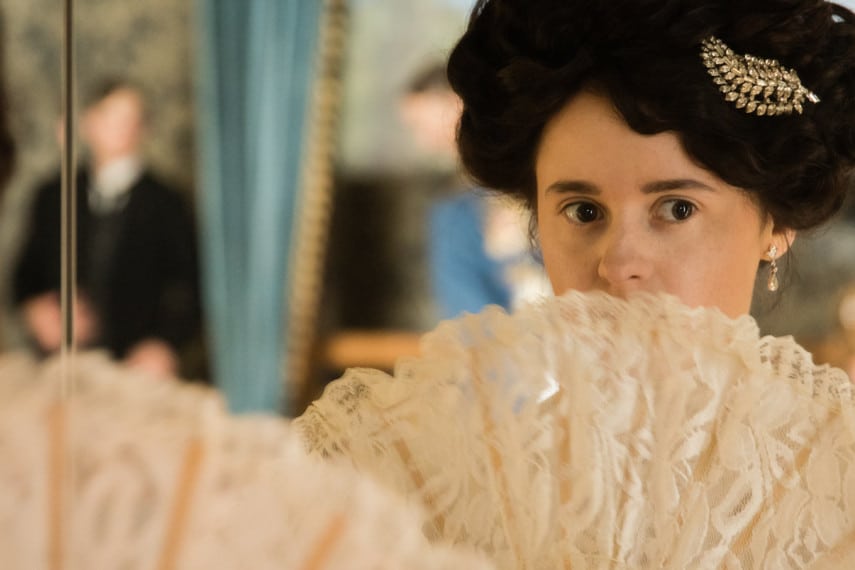 A detailed and rather worthy biography of Austrian avantgarde photographer Hanna Leitner who left her husband and children in 1906 to join the artist colony in Monte Verità, Switzerland before pioneering a counter-cultural movement in Brazil with Henri Oedenkoven (Finger).

Swiss director Stefan Jäger directs Kornelija Narak’s two-handed narrative centring on Hanna’s time at the artist’s colony with flashbacks to her unhappy time in Viennese society at the end of the 19th century.

Marriage to a brutish and rather mediocre photographer Anton was thwarted by his competitiveness and poor bedroom skills, so leaving him for the free-spirited artist colony near Ascona offered release and a creative outlet for the highly-strung and straight-laced Hanna who found much of the behaviour there morally questionable, members often cavorting around in the nude.

Here she meets psychoanalyst and sexual predator Otto Gross, a mentor of Freud, who preys on his female patients (rather like Carl Jung whom he influenced) and falls into a sexual relationship with him while developing her photographic talents.

Life in the Monte Verita is by no means without incident: an exhibition of Leitner’s work is destroyed by fire, and her husband arrives in Ascona with their daughters Helene (T. Distefano) and Marie (A. Distefano) threatening to have her admitted to an asylum when she refuses to go home.

Isadora Duncan, Herman Hesse and the anarchist writer Erich Mühsam (who believed women should be confined to the kitchen) also make an appearance amid the frolicking band of artists who are clearly forerunners of the hippy culture of the 1960s.

Performances lack verve, the actors more suited to theatre than film. DoP Daniela Knapp’s images add flair but are rather on the idealistic side aptly reflecting Narak’s script which is all earnest and learned, but lacks dramatic heft. The whole undertaking is not so much inspired by rebellion, but by academic endeavour. AS