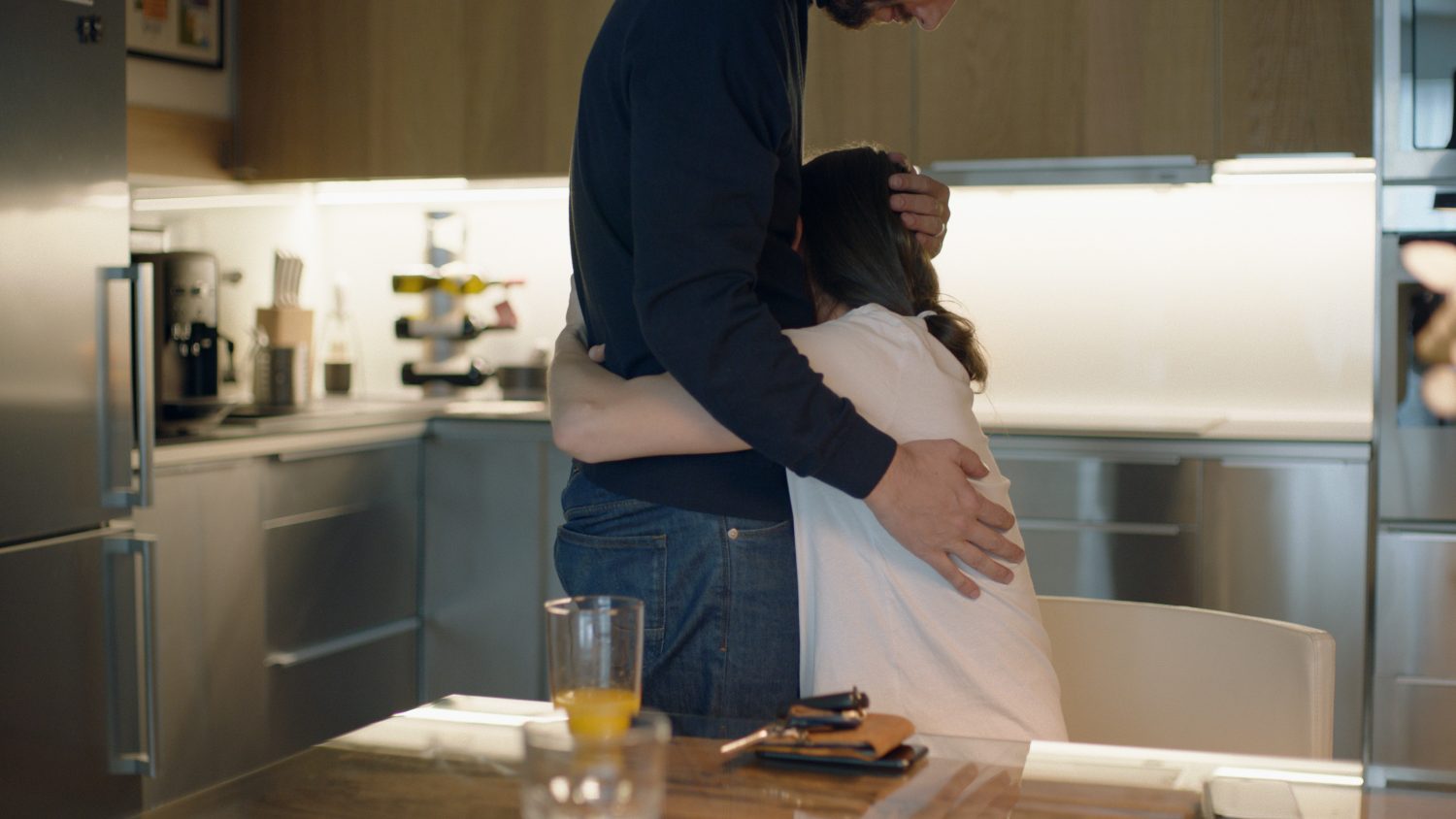 In a digitalised age of social media reality and perception drift further and further apart. In his feature debut Romanian writer-director Marius Olteanu challenges our perceptions by questioning the gap between who we really our and the persona we project onto others. It’s a fascinating and timely premise and one that Olteanu treats cinematically and quite inventively in this often claustrophobic drama that follows a married couple during 24 hours in the capital Bucharest. It also explores the clash between traditional social values in this predominantly Catholic country and individual needs, particularly sexual desires. And the increasing intolerance of minorities.

Dana and Arthur are a popular couple who have been together for almost 10 years. Yet individually they struggle with their inner demons and have few close friends. It’s almost as if they can only function by keeping up a strict facade of togetherness when what they really want is something quite different. And accepting this with tolerance and understanding might actually be a greater form of love than that defined by sexual expression.

Using the academy ratio and filming in intimate close-up, often from the confines of tight spaces, such as the taxi where Dana spends the night while Arthur wanders around the city and pursues various encounters, this is a drama that focuses closely on its lead characters and doesn’t let them get away from their own, often uncomfortable feelings of angst, frustration, ennui and even coiled paranoia. Structured in three parts: one focuses on Dana, one on Arthur and the third examines their joint dynamic. The first two parts play out on the same night, when the couple, avoid going home, preferring to spend the night in the company of strangers. Dana goes to the length of paying a taxi driver to stay with her in the car for the night, while Arthur wanders around the city and decides to meet a man through a dating app. However, the following day, as much as they have tried to avoid it, they must now face reality. There is a voyeurish quality to this arresting first feature that allows us space for our minds to wonder what is means to love and to be free to explore and find satisfaction, while quietly contemplating a couple in a crisis of their own in  contemporary Romania. MT